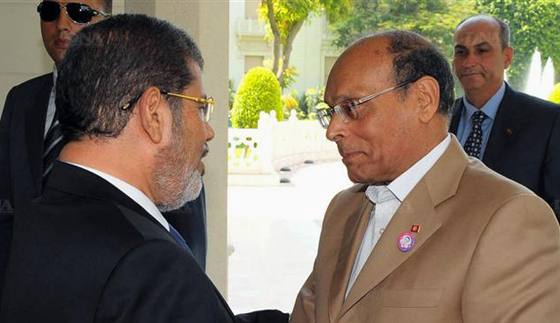 On the Right Track? Post-Arab Spring EU Policy towards the Maghreb

The creation of a new post of EU Special Representative for the Southern Mediterranean Region in July 2011 symbolizes the importance the region has gained in European eyes. Focusing specifically on the Maghreb, there are a number of reasons why it is vital for the Union to engage closely with this region located on its southern flank.

First, the North African countries of Morocco and Libya serve both as very important sources of immigration and points of entry to Europe. Second, as the majority of terrorism suspects arrested in Europe in the last several consecutive years originated in the Maghreb, the region has naturally attracted an increased interest from the European security services. Third, interregional trade worth more than €110 billion in 2010 can hardly be neglected in times of crisis. And, finally, North Africa represents a key provider of energy resources for much of Europe.

While democratic reform in North Africa has been, technically speaking, long on the EU agenda, it was only the Arab Spring that solved Europe’s hypocrisy of preaching democracy promotion but cooperating closely with the authoritarian incumbents. It is in the European interest to capitalize on this unexpected breakthrough – that significantly improved the prospects of liberalization and democratization in the region – and take seriously the efforts to promote democracy and good governance in the Maghreb. After all, such a policy means only implementing the European Security Strategy.

If one cuts through the latest batches of policy documents and declarations, the overall impression seems to be that the EU is moving in the appropriate direction. The European response has been framed in terms of three Ms: that is Money, Mobility and Markets. More concretely, more financial resources have been made available through the SPRING programme (Support for Partnership, Reform and Inclusive Growth) and increased lending ceilings of the European Investment Bank to those countries that made most progress in the democratic transition process (e. g. Tunisia has benefitted from doubling of the EU financial assistance between 2010 and 2011).

Furthermore, additional funds and other benefits are not to be spent indiscriminately but, in line with the professed principle of “more for more”, they should be directed towards those partners willing to reform faster and deeper. As a significant innovation of the EU policy, civil society actors are to be supported directly, both through the Civil Society Facility launched in September 2011 with an initial grant of €26 million and through the European Endowment for Democracy established in June this year. Last but not least, the Commission also pledged more support for academic mobility, youth exchanges and similar people-to-people contact schemes.

All of these measures are following the right tract but much more needs to be done. For the budgetary period of 2014-2020, an allocation of €18.1 billion for the new European Neighbourhood Instrument (former ENPI) was suggested by the Commission which would mean an augmentation of the funding by 40 per cent as against the previous period. Hopefully, the EU member states will see eye to eye on this with the Commission and will sanction the proposed increase.

Importantly though, not only the overall amount matters: Funds need to be directed from technical and economic matters, where they have tended to flow in the past, to projects improving democratic governance and the rule of law. In this regard, the new generation of Action Plans that is under negotiation with Morocco, Tunisia and Algeria shall be of crucial importance. Only their final content will reveal whether the re-launch of the European Neighbourhood Policy towards the Maghreb was only declaratory, or if it is to yield tangible positive benefits.