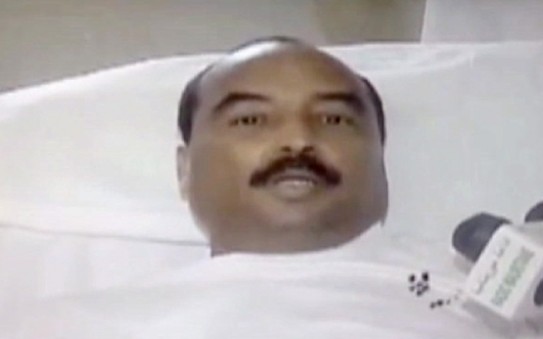 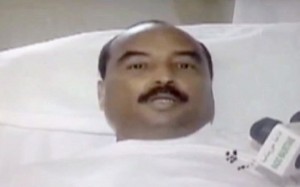 Mauritania president has appeared on his country’s state TV on Sunday after he was shot and wounded in what was described as a “friendly fire” by soldiers who were said did not recognize the presidential convoy as it passed by.
During his TV appearance from hospital, president Mohamed Ould Abdel Aziz called Mauritanian people to keep calm fearing an outbreak of disorder and chaos in the northwest African nation.
“I want to reassure all citizens of my well-being after the accident committed by error by an army unit on an unpaved road around Touela. … Everything is fine,” he said after he received medical treatment in Nouakchott.
According to Mauritanian official accounts, Mr. Abdel Aziz was wounded late on Saturday when soldiers opened fire on his car about 40 km from Nouakchott as he was returning from his ranch. The military patrol unit “was not aware” of the president’s trip, government officials said, describing the incident as “an accidental shooting”. But, some Mauritanians believe it was a failed assassination attempt because witness said the president was “directly” targeted by armed men.
Furthermore, it is still unclear why the soldiers opened fire on the presidential motorcade.
Though the wounded president said that he underwent a successful operation, his appearance in a hospital bed covered in a sheet up to his neck, has set off swirling rumors and speculations about the extent of his wounds. There are conflicting reports whether Mr. Abdel Aziz was shot in the arm or in the abdomen.
Despite the government’s repeated attempts to reassure the public about the president’s health, the Mauritanian head of state was evacuated to France for further medical care.
Mr. Abdel Aziz, a former general, took power in a bloodless 2008 military coup, ousting Side Ould Sheikh Abdullah. In 2009, he was elected president of the former French colony, which gained independence in 1960.
He is seen an ally of the West and the U.S. in the war against terrorism and Al Qaeda in the vast desert Sahel region. Mr. Abdel Aziz launched military operations against the Al-Qaeda bases in neighboring Mali, triggering threats of revenge from the Islamist extremists, having the upper hand in Northern Mali.
According some intelligence experts, one cannot disregard or discard the conspiracy theory because of the mysterious circumstances surrounding the president’s shooting and Al-Qaeda threat against leaders of the region.