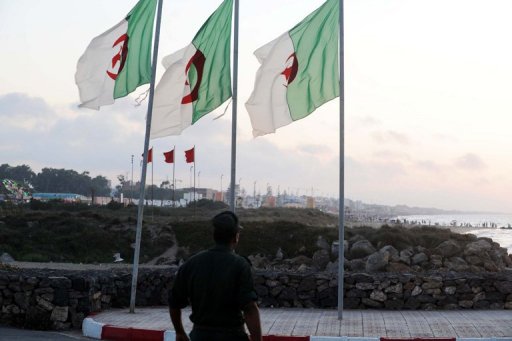 Relations between the two Maghreban enemy brothers, Morocco and Algeria, have taken an ugly turn after the Algerian president Abdelaziz Bouteflika called for the establishment of a mechanism to monitor human rights in Western Sahara, a territory whose independence is claimed by the Polisario.
The call was immediately denounced by Morocco and to make its stand crystal clear to Algeria, Rabat recalled its ambassador to Algiers for Consultation.
The Moroccan Foreign Ministry explained in a statement released on Wednesday that the decision to recall the ambassador was made “in response to Algeria’s cumulative acts of provocation and hostility against the Kingdom, particularly with regard to the regional dispute over the Moroccan Sahara.”
The statement criticized harshly the message that President Bouteflika sent on Monday to a conference of solidarity with the Sahrawis convened in Abuja in which he stressed that “the necessity to set up a human rights monitoring mechanism in Western Sahara is more topical than ever,” and that “the expansion of the mandate of the MINURSO (United Nations Mission for Referendum in Western Sahara) to human rights monitoring is a necessity.”
“The Algerian President’s message to a meeting of a nexus hostile to Morocco illustrates this (Algerian) deliberate will for escalation and confirms this approach to sow stumble blocks and maintain the status quo,” said the statement.
The deliberately provocative content and aggressive wording of this message from the highest authority in the country clearly shows that Algeria is a party to the dispute and unequivocally reveals its true strategy based on a political manipulation of the noble cause of human rights, added the Foreign Ministry in its statement.
Several commentators seem to agree that Bouteflika’s message unequivocally shows his country’s involvement in the Sahara issue contrary to its repeated claims that it has no stakes whatsoever in this conflict and evidences that the Polisario is far from being the main character of the play.
As put by one of these commentators who was quoted by the local media, “Algeria is the only party to the Sahara conflict while the Polisario is just a puppet at the hands of the Algerian power.”
Bouteflika ‘s message and Algeria’s endeavors to inflame African Union members’ against Morocco are “a direct provocation” and an encroachment on Morocco’s territorial integrity.”
While some analysts consider that the Algerian president went too far when he called for the expansion of the MINURSO mandate others deem it is just a vain attempt and recall that the world’s major power, the United States, tried  last April to raise the question but stepped back after Morocco protested the move. The Security Council then closed the debate and did not introduce in its resolution 2099 any change on the prerogatives of the UN mission, but rather recognized and welcomed the steps taken by Morocco to promote human rights in the Sahara.
According to some observers, challenging Morocco as the Algerian president did in his message to the Abuja meeting constitutes a challenge to the whole region and to the entire international community which has made and is still making considerable efforts in the framework of the United Nations to achieve a mutually acceptable solution to the long-standing Western Sahara conflict. This challenge is also untimely since the region is facing the threats of terrorism and organized crime that are spreading, especially in lawless areas and among disenfranchised youths for whom the future is uncertain and depressing as is the case of the youths living in the Tindouf camps on Algerian soil.
“These unfortunate and recurring acts go against the sincere will of Morocco to establish relations of brotherhood, cooperation and neighborliss with Algeria, to encourage the integration of the Maghreb and to meet the many challenges thrown at the region,” underlined the foreign ministry in its statement.
Several Moroccan politicians have decried the Algerian president’s message as provocative and the Istiqlal Party, a conservative nationalist party, even called authorities “to recover” the south-eastern territories that Algeria had snatched from Morocco during the colonial era and which include Tindouf.
The Algerian Foreign Minister Ramtane Lamamra who called for restraint has nonetheless described the Istiqlal party’s claim as “inadmissible.”
With this new escalation, relationships between the two Maghreban enemy brothers are not likely to improve any time soon.