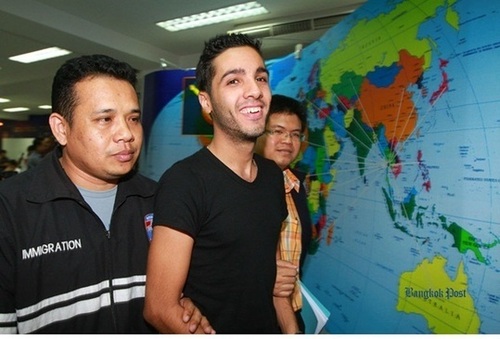 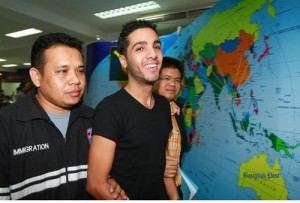 A notorious Algerian hacker wanted by the FBI has been captured lately at Bangkok’s international airport while travelling from Malaysia to Egypt. The hacker, Hamza Bendelladj, and his family had just spent their vacation in Malaysia.
The U.S. authorities were hunting down Bendelladj for nearly three years for having hacked private accounts in more than 217 banks and financial companies worldwide, stealing millions of U.S. dollars. Before his arrest, the 24-year old Algerian was living a luxurious life and travelling around the world flying first class. The extravagant spender was extradited to the State of Georgia, where a district court has issued an international arrest warrant.
The Thai police confiscated from Bendelladj two laptops, one tablet computer, a satellite phone and external hard drives. He graduated in computer sciences from Algeria in 2008 and began hacking into banks at the age of 20.
The hackers’ modus operandi consists of embedding malicious software in computers, opening a virtual door for criminals to rifle through users’ valuable personal and financial information. Companies and organizations in the U.S, Europe and Asia are currently working to fend off continuous intrusion attacks aimed at their networks.
Several countries have put up cybercrime units and federal agencies to deal with growing online threats. These units work to uncover and investigate web-based intrusion attacks and develop a cadre of specially trained computer scientists able to extract hackers’ digital signatures from mountains of malicious code.