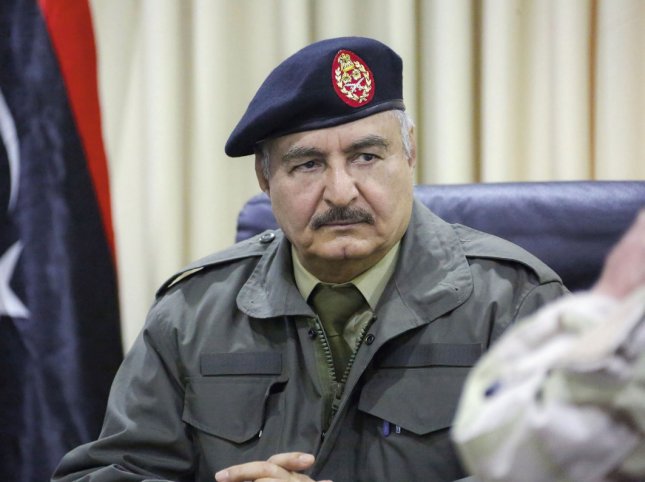 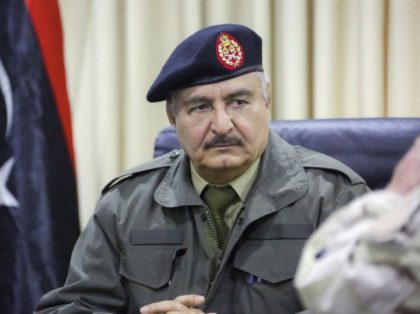 The Libyan army commander opposed to the UN-backed Presidential Council (PC) has met with a senior US military official during his ongoing stay in the United Arab Emirate, Qatari London-based media The New Arab reports.
Khalifar Haftar has been visiting Abu Dhabi in search of support as the Arab League and the UN rally behind Tripoli-based weak PC.
The self-style army Marshall has been received in the Emirati capital as a key ally in the fight against terrorism.
The Qatari media citing close sources pointed out that Haftar under the Emirati auspice met with “an unidentified US official allegedly stressed support for any efforts to combat terrorism but failed to specify the official position of the Trump administration on Libya’s conflict.”
Crown Prince Mohammed bin Zayed on meeting the Libyan army commander on Monday bolstered its support for eastern-based army aligned with rival Beida government also opposed to Prime Minister Faiez Serraj supported by the international community.
Haftar in the eyes of Crown Prince has overpowered terrorists in Benghazi and in the region.
“Abu Dhabi’s stance on Haftar is the correct choice, and one that stands in line with the goal of the international community in the war on terrorism,” Emirati authorities said.
The US has officially aligned with the PC. The Pentagon in August joined the PC forces battling the Islamic State group in Muammar Gaddafi’s hometown of Sirte. The US supported the campaign in the air, ruining positions of the terror group.

North Africa Post's news desk is composed of journalists and editors, who are constantly working to provide new and accurate stories to NAP readers.
NEWER POSTAlgeria Struggles to Catch up with Neighbors on Islamic Finance
OLDER POSTTunisian National Navy and US navy to conduct joint exercises