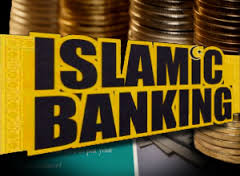 Algeria Struggles to Catch up with Neighbors on Islamic Finance

Battered by the oil price slump, the underdeveloped banking sector in Algeria sees new financing sources in Islamic finance to tap into the huge informal economy and catch up with Morocco and Tunisia, which have already allowed such participatory banks to operate.

As it edges towards offering banking services to suit more religiously conservative investors, Algeria wants Islamic banks to attract funds from a huge pool of cash held outside the formal banking system in a bid to offset oil prices and its energy revenues, Reuters reported.

On the footsteps of Morocco, six Algerian state-owned banks are planning to launch Islamic finance services by the end of 2018 under the supervision of a national sharia board, Reuters learned.

Yet, the underdeveloped banking system may hinder the launch of Islamic banking. The banking sector in Algeria remains state-dominated and highly corrupt thus thwarting foreign direct investments. While Algeria moved recently to privatize banks, this must not be mistaken for true liberalization. Absent is a crackdown on corruption or real reforms to create modern banking that attracts foreign direct investment.

Another huge barrier for Islamic banks is the lack of a legal framework technical expertise, which makes Algeria lag behind neighbors Morocco and Tunisia that have already developed legislation for Islamic finance and Sukuk bonds, overseen by a central religious board.

Experts expect Islamic banks to attract money from conservative swathes of the Algerian population operating in the informal economy, which, according to Reuters, accounts for $90 billion.

The International Monetary Fund (IMF) and the World Bank have repeatedly urged Algeria to reform the underdeveloped banking sector and modernize its stock exchange to help attract investment. With the drop in oil prices and the widening trade deficit, the Algerian government drafted an austere appropriation bill for 2017 with the introduction of new taxes.