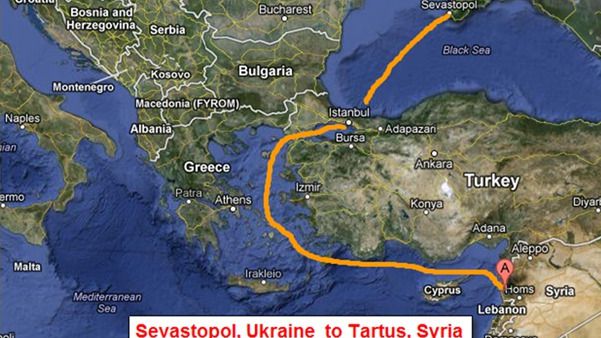 The Place of North Africa in Russia’s New Mediterranean Policy 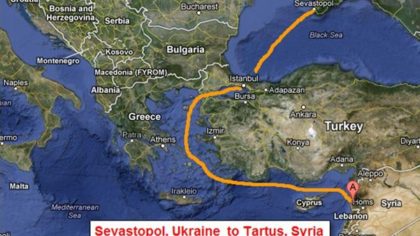 After annexing Crimea and securing a foothold on the Syrian coast, Putin’s Russia steadily moves to materialize a new Mediterranean policy boosting its naval presence through strong alliances with north African countries says an analysis published on the French magazine, Liberté Politique.

Russia’s stand on the Sahara issue is dictated by the endeavor of Vladimir Putin to strengthen ties with Morocco, which controls the southern banks of the vital Gibraltar strait and possesses a long coast on the Atlantic, says Bernard Lugan.

“Morocco is an ideal partner for Russia because it controls the southern shores of Gibraltar Strait and has a massive Atlantic coast stretching from Tangier to the Mauritanian borders to the south.”

Putin’s support for Morocco’s stance on the regional dispute over the Sahara indicates his quest for fostering ties with the North African Kingdom with a view to gaining access to the Atlantic and benefiting from Morocco’s maritime infrastructures to boost Russia’s clout in the Mediterranean, says the French analyst.

The author goes on to explain the phases of Russian emboldened presence in the Mediterranean which started by annexing Crimea followed by a successful military intervention in support of the Syrian regime of Assad which further fostered Russia’s foothold in the eastern Mediterranean where its forces are stationed in a maritime base in Tartuse and an air base in Hmeimim.

Russia has also bolstered ties with Turkey and Egypt and is supporting Libya’s strongman General Haftar and has leverage over Algeria by providing most of its armament. All these are indicators that Russia’s presence is steadily growing as a key strategic actor in the Mediterranean region. Putin is moving steadily towards materializing a Tsarist dream: access of landlocked Russia to the Mediterranean and through it to the Atlantic.