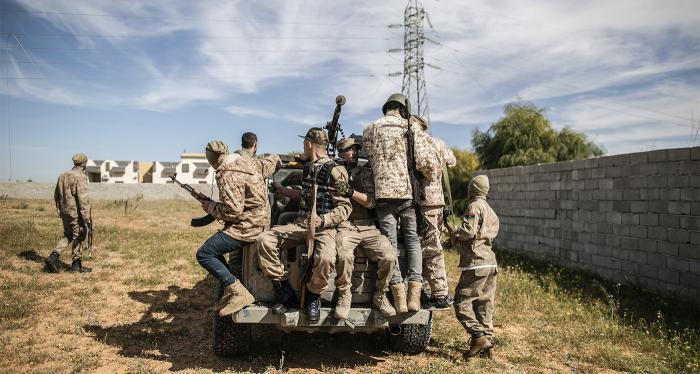 The armed clash occurred Tuesday after forces from the Tariq bin Ziyad Brigade launched an attack on the main headquarters of Al-Kaniyat Brigade in Sirte, the military sources told the Turkish news agency.

Large quantities of weapons were transferred to the scene of the clashes, the sources added.

It is unclear what caused the clash and whether there have been any casualties.