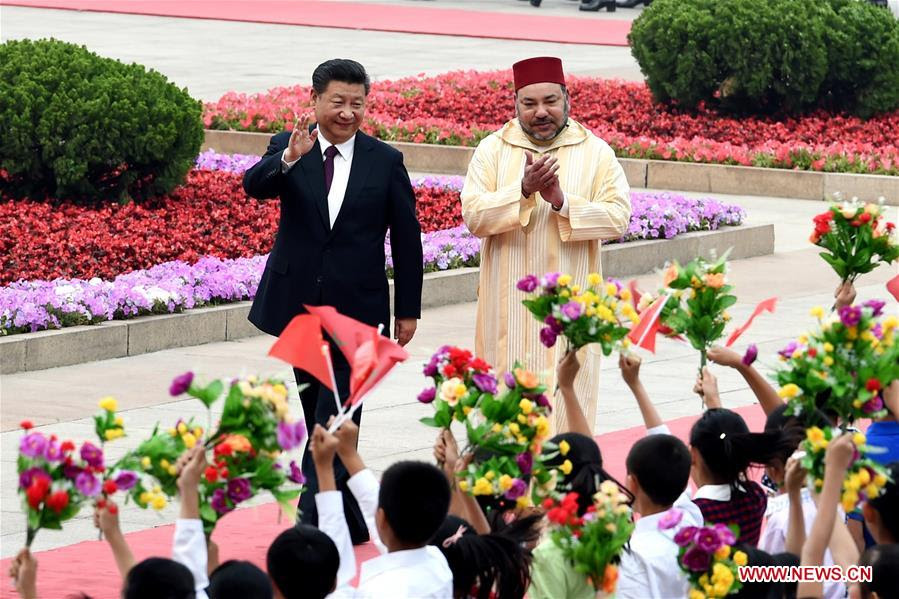 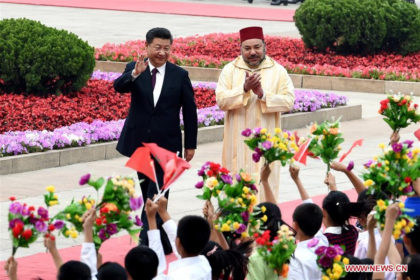 King Mohammed VI of Morocco who started on Wednesday an official visit to China signed with his host President Xi Jinping a joint statement on establishing strategic partnership between the two countries.

The strategic partnership will be a milestone for the development of bilateral ties and will open new opportunities for bilateral cooperation in all areas.

During the signing ceremony, King Mohammed VI hailed the traditional friendship between the two countries and said he is convinced that this strategic partnership will inject new vitality into Moroccan-Chinese relations, reported Xinhua.

The Moroccan sovereign also voiced his country’s willingness to join hands with China to expand trade and infrastructure cooperation, and strengthen coordination on development issues and climate change.

Morocco is willing to be an important cooperative partner of China in Africa and among the Arab states, the king said, according to the Chinese news agency.

President Xi Jinping on his part underlined that China attaches high importance to relations with Morocco, and will steadily support its efforts to maintain national stability and promote social and economic development.

Under the joint statement establishing the strategic partnership, the two sides will increase exchanges between heads of state, government leaders and officials, strengthen communication and coordination on strategic issues, and enhance cooperation and exchanges between legislative bodies and political parties, reported Xinhua.

The two sides reaffirmed the principle of respecting all countries’ sovereignty and territorial integrity, and vowed to support all sides’ efforts to maintain peace and stability of the regions they belong to.

They likewise called for peaceful solutions to international and regional crises and disputes; opposed interference in other’s internal affairs, use of force or threat by force; and condemned terrorism in all its forms.

The two sides will implement the cooperation consensus reached under the China-Arab States Cooperation Forum and the Forum on China-Africa Cooperation.

Before the signing of the joint statement at the Great Hall of the People, in Beijing, the two leaders held talks in the presence of the Moroccan king’s accompanying delegation and a number of Chinese officials.

The two leaders afterwards presided over the signing ceremony of some 15 agreements and memoranda of understanding covering cooperation in the judicial; economic; financial; industrial; and energy sectors. They also cover cooperation in the areas of infrastructure; tourism; culture; science, technology and defense industry; and the safety of imported and exported foodstuffs.

A Memorandum of Understanding on the establishment of the Economic and Industrial Cooperation Zone was also signed during the ceremony.

These accords will enhance relations between the two long-time friends and partners, promote their exchanges and boost a mutually beneficial cooperation.

North Africa Post's news desk is composed of journalists and editors, who are constantly working to provide new and accurate stories to NAP readers.
NEWER POSTMorocco-China: Abolition of Visas for Chinese Nationals as of June 2016
OLDER POSTTunisian Prime Minister Urges for Regional Cooperation against Terrorism