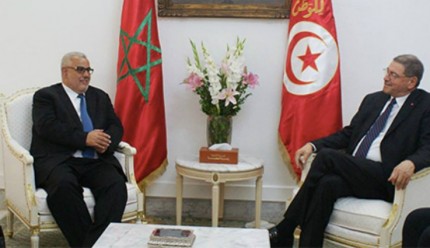 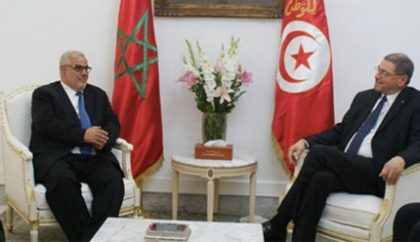 Tunisian Prime Minister called, on Tuesday, for regional cooperation in the fight against terrorism, which is putting the whole region into jeopardy.

Speaking at a press conference in Rabat after a meeting with his Moroccan counterpart Abdelilah Benkirane, Habid Essid indicated that the region would be better secured if the region countries, namely Tunisia, Morocco and Algeria, work closely to stamp out terrorism.

“We have been able to bust numerous terror plots thanks to our security cooperation with Algeria, mainly at the borders,” Essid said.

“With Morocco, we shared information, and in my exchanges with the Moroccan Prime Minister, we decided to increase this cooperation,” said Essid who started on Tuesday a two-day visit to Morocco.

His comments came as the Tunisian Interior Ministry announced Monday they were able to prevent so far this year 2,000 Tunisians from joining conflict zones, mainly in the Middle East region.

Tunisia has been facing growing movement of terrorism by jihadists who sometimes crossed in from war-torn Libya.

“Any intervention in Libyan internal affairs is a mistake,” he insisted.

Essid made an unannounced visit to Libya recently and promised at his talks with Prime Minister-designate Faiez Serraj Tunisia’s support to the GNA.