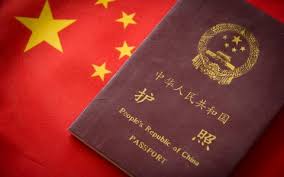 Morocco-China: Abolition of Visas for Chinese Nationals as of June 2016

King Mohammed VI gave instructions for the abolition of entry visas for Chinese nationals as of June 2016, said Minister of Foreign Affairs and Cooperation, Salaheddine Mezouar.

King Mohammed VI announced his decision to President Xi Jinping during the meeting they held Wednesday at the Great Hall of the People, in Beijing, Salaheddine Mezouar told the Moroccan news agency.

The Foreign Minister said this decision confirms the sovereign’s vision and his commitment to deepen and diversify Moroccan-Chinese relations. It shows also Morocco’s determination to intensify human, cultural, economic and political relations between the two long-time friends and partners.

Talks between King Mohammed VI and the Chinese Head of State took place in an atmosphere of friendship, commitment and sincerity, said Mezouar.

Both leaders have voiced commitment to implement the strategic partnership between Beijing and Rabat signed on Wednesday, he said.

King Mohammed VI who started an official visit to China Wednesday held talks with President XI Jinping, before the two leaders signed the joint declaration on the establishment of a strategic partnership between the two countries.

The two leaders also presided over the signing ceremony of some 15 agreements and memoranda of understanding, all meant to boost cooperation between the two countries.

The central banks of China and Morocco on the other hand signed a three-year currency swap deal worth $1.53 billion (10 billion yuan.) The deal will facilitate bilateral trade and investment, according to a statement posted on the website of the People’s Bank of China.