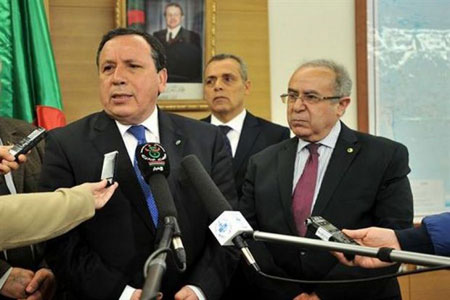 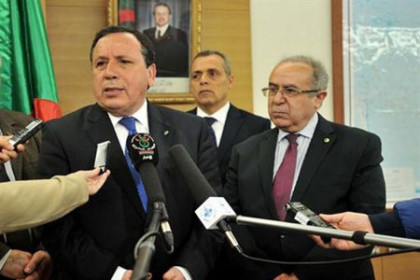 The foreign ministers of Tunisia and Algeria have reiterated their opposition to foreign intervention in Libya, raising concern that such an intervention might affect their national interests. The two countries, both neighbors of the war-torn country, called on the rival parties to reach a political agreement to promote stability in the country and pool energies to fight terrorism.

Tunisian foreign minister Khemaies Jhinaoui said Sunday at the end of a two-day visit to Algeria that forming a national reconciliation government will help deal with key issues while his Algerian counterpart, Ramtane Lamamra, said that his country and Tunisia want to be “a significant part of the solution rather than a part of the problem.”

The call for military intervention has been made by European countries which are increasingly concerned by the threat posed by the presence of the Islamic State in Libya.

Lamamra said Algiers “does not believe that a military action and bringing more arms to Libya would achieve calm there.”

None of Libya’s neighboring North African states is likely to support a military intervention in Libya.

North Africa Post's news desk is composed of journalists and editors, who are constantly working to provide new and accurate stories to NAP readers.
NEWER POSTLibya Intercepts Fuel-Smuggling Ship
OLDER POSTSyria: A Cocktail War which Could Trigger a World War