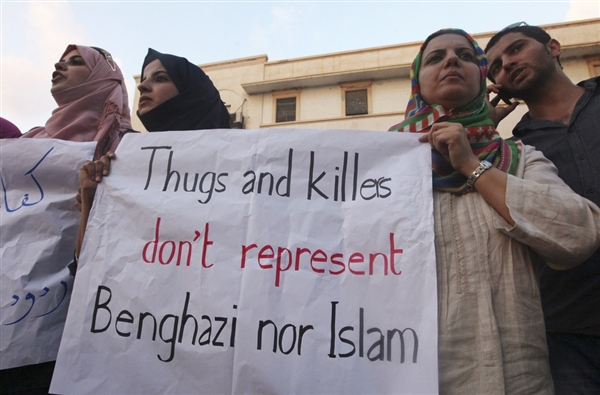 The EU and the ‘New Libya’: a Fresh Chance for Europe’s Normative Power ?

The relations between the EU and Gaddafi-ruled Libya saw two important turning points over the last decade before the dictator’s regime collapsed. Relations between the EU and Libya quickly developed after many years of international isolation following Gaddafi’s pledge in 2004 to abandon Libya’s WMD program. This development was completely reversed in February 2011 when the relations were cut off again as a reaction to the dictator’s bloody crackdown on the Arab Spring-inspired uprising in his country. However, the foreign policy of the EU and its member states between these two turning points hardly ever aimed at improving the domestic situation in Libya characterized by repression, corruption, and gross violations of human rights as well as the non-existence of asylum law. Instead, it was overwhelmingly driven by economic as well as security interests.

First of all, including Libya in the EU’s institutionalized programs directed towards the southern Mediterranean (Barcelona Process/Union for the Mediterranean and European Neighborhood Policy) proved impossible, as these programs typically include commitment to domestic reform by the partner country. Since any hint at domestic reform would have endangered Gaddafi’s power base back home, this idea did not fall on fertile ground in Tripoli. At the same time, ad-hoc cooperation in the fight against HIV and illegal migration was launched. Whereas the cooperation in the fight against HIV remained limited, cooperation in migration issues grew more extensive over time. Between 2004 and 2008, the EU spent €18.5million on different projects related to migration in Libya. The 2011-13 budget earmarked as much as €30 million for this purpose – importantly, with no domestic reform conditions attached. In short, the EU tried to externalize border management by employing Gaddafi as its ‘bouncer’ without giving much thought to the treatment and situation of migrants and refugees in Libya. The policy of turning back intercepted migrants in the Mediterranean by European patrols – allegedly also involving Frontex units and Italian patrols – was repeatedly criticized by human rights groups.

“Foreign policies of some EU member states also did not pay much attention to the domestic situation in Libya which offered great potential for normative policies.”

Italian-Libyan cooperation in migration included joint sea patrols, financing refugee camps and repatriation flights from Libya to other African countries. Italy has also acquired a large interest in Libya’s energy sector through its energy giant ENI. Arms exports between 2004 and 2011 amounted to at least €88m, including helicopters for border patrol. Furthermore, Italy pledged to invest $5bn in Libyan infrastructure projects as compensation for its colonial rule of the country between 1911-1943. However, since all projects were to be carried out by Italian companies, this plan amounted to not much more than a growth stimulus for the Italian economy.

Meanwhile, France signed more than ten agreements with Gaddafi, none of which pursued normative goals. Rather, they were geared towards fostering business, economic, and security ties between the two countries. President Sarkozy also tried to sell nuclear technology to Gaddafi while French companies exported weapons worth more than €160m. After a Franco-Libyan summit, Sarkozy claimed he had brought up the issue of human rights – however, Gaddafi publicly denied that this topic had been discussed. The UK’s Tony Blair, on his part, saw Gaddafi as an important partner in the joint fight against terrorism. Consequently, cooperation between the UK and Libya took place in military and police training. British BP Corporation, for example, profited so much from the renewed relationship between the British prime minister and Colonel Gaddafi that it was at one point dubbed “Blair Petroleum”.

It should not come as a surprise that EU efforts to include Libya into its institutionalized frameworks were doomed. Why should Gaddafi have run the risk of domestic reform under ENP/UfM if he was able to get what he wanted – i.e. European money for stopping the flow of migrants, revenues from energy exports, weaponry, etc – without any normative conditions attached for cooperation? It seems that Gaddafi had, on balance, more leverage over the EU than the other way round.

“The transformed Libya now offers the chance for a redefinition of relations in favor of a more normative approach, if only because the first democratic elections in July 2012 were a success for the secular, liberal forces –as opposed to other countries affected by the Arab Spring. However, it is necessary that the EU implements a coherent approach towards Libya so as not to jeopardize their efforts to promote sustainable change. The complex dynamics and evolution of relations between the two neighbors in past few years have shown how important Libya is as a partner for Europe. EU-Libyan ties could become even more prosperous if the EU further encourages domestic reform in Libya.”

As a first step, the EU could offer assistance in drafting a new constitution as well as in the implementation of the rule of law and full protection of human rights, including the introduction of asylum law in Libya. This should be followed by the EU’s support for the training of the Libyan security and police forces, which would foster internal as well as border security and overall stability – both possibly under a civilian CSDP (EU Common Security and Defense Policy) mission to Libya, as already suggested by the Council. A CSDP mission to Libya would likely be seen by both the elites and population at large as an important external assistance for the North African country in the process of post-conflict management. Importantly, avoiding the impression of a large-scale mission imposed on the Libyan people who had just gained their independence would be essential for success.

Another aspect of European foreign policy towards the ‘new’ Libya should aim at securing the continuing support for democracy in the country. A first initiative could, for example, focus on cooperation in education and grant Libya’s youth access to European schools and universities by setting up exchange programs. Finally, including Libya in the Desertec project, which aims at collecting solar energy in the southern Mediterranean and exporting parts of it to Europe, could diversify Libyan exports (that, under Gaddafi, almost exclusively consisted of fossil fuels), provide the country with clean energy, and, last but not the least, also create stronger economic ties and partnership between Libya and Europe.

North Africa Post's news desk is composed of journalists and editors, who are constantly working to provide new and accurate stories to NAP readers.
NEWER POSTThe Metamorphoses of the Egyptian Muslim Brotherhood
OLDER POSTAlgeria: Will PM Sellal be up to economic, social challenges?