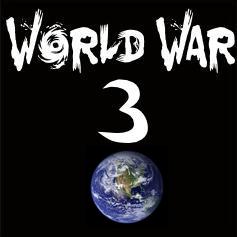 Syria: A Cocktail War which Could Trigger a World War

The fight against the Islamic State in Syria is slowly paving way to a fight for or against the stay of President Assad in power as regional and global powers continue to have opposing views over his role in the country.

Saudi Arabia is adamant that Assad must leave and Foreign Minister Adel al-Jubeir claimed that the Syrian president is “weak” and “finished.” Saudi is preparing to launch ground offensives in the war torn country and has already deployed warplanes in a Turkish airbase as Ankara began to bombard Kurdish forces.

Damascus has condemned the Turkish shelling which has continued for two days describing it as “repeated crimes and attacks against the Syrian people and Syria’s territorial integrity.”

It urged the UN Security Council to “put an end to the crimes of the Turkish regime.”

Presidents Obama and Putin had a telephone discussion over the situation in Syria and a statement released by Kremlin stated that they assessed the just ended International Syrian Support Group meeting in Munich and the UN Security Council Resolution 2254 in order to work towards a ceasefire and promote “a real political process.”

Putin called for a “common front against terrorism” while Obama, according to the White House, urged Russia to play “a constructive role by ceasing its air campaign against moderate opposition forces in Syria.” Russia began its airstrikes on September 30 and it has helped pro-Assad forces to make important territorial gains.

Minister al-Jubeir said if the Syrian president stays in power for long, it would be “because of the obstinacy of the Syrian regime and that of its allies.”

If a political process fails, “there is no option to remove Bashar al-Assad except by force,” al-Jubeir said.