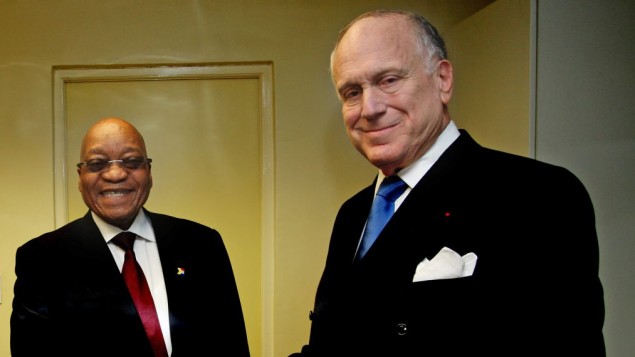 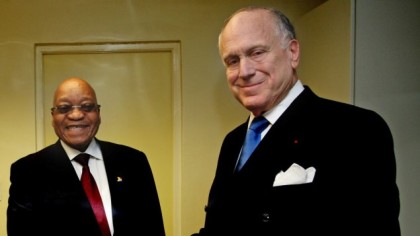 The Jewish community in South Africa on top of which Israeli ambassador to Pretoria criticized South African President Jacob Zuma for linking the Paris and Bamako attacks to the Palestinian-Israeli conflict.

Israeli ambassador to Pretoria Arthur Lenk panned President Zuma’s Sunday comments saying that they were unfair and mean misunderstanding of the real agenda of the Islamic State.

The ambassador made the statement after he attended Zuma’s speech on Sunday during the Biennial National Conference of the South African Jewish Board of Deputies.

During the gathering President Zuma drew a linkage between the Paris and Bamako attacks and the Palestinian-Israeli conflict saying that the world will enjoy peace when the peace is achieved in the Middle East.

He said that all the terror attacks whether they occur in Paris Nigeria, Kenya or Mali put the spotlight on the Middle East peace process.

It is difficult to imagine peace in the world without the achievement of peace in the Middle East, especially with the age-old Palestinian-Israeli question, he said, stressing that only co-existence between a Palestinian state with borders based on the 1976 agreement, with its capital in East Jerusalem, and an Israeli state can bring stability in the region and around the world.

“We believe that the establishment of the State of Palestine will lay a solid foundation for lasting peace in the Middle East.”

South Africa and Israel’s relation have been fraught due to the South African iron-clad support to the Palestinian cause.