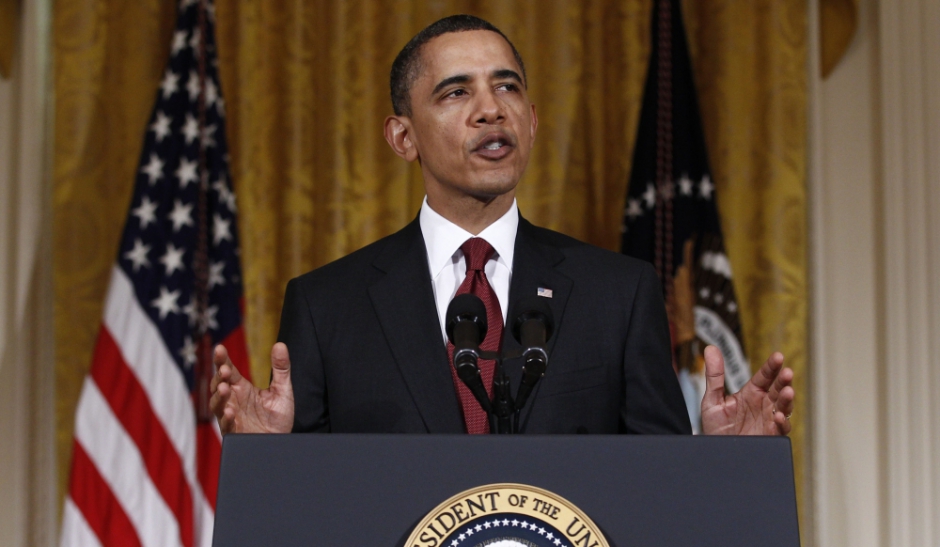 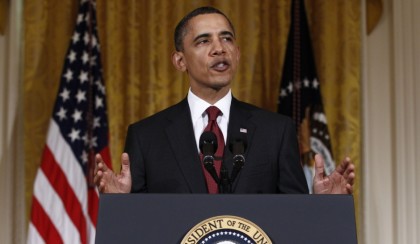 US President Barack Obama Monday admitted the western coalition made a mistake intervening in Libya as the aftermath left the country with no leadership.
Obama indicated that no one could predict the removal the former tyrant ruler Gaddafi could pit the country into chaos and the leave it at the mercy of terrorist organisations.
“Even as we helped the Libyan people bring an end to the reign of a tyrant, our coalition could have and should have done more to fill a vacuum left behind,” Obama said.
Taking the lessons of the intervention Obama pledged support for the future Libyan unity government and broadened the pledge to the states that will be near collapse.
“We will help any legitimate Libyan government as it works to bring the country together, but we also have to recognize that we must work more effectively in the future as an international community to build capacity for states that are in distress before they collapse.”
Russian President Vladimir Putin speaking to the Assembly General accused the NATO for creating the chaos in Libya and other countries in the region in the name of democracy. Putin added that the United States and its European allies tricked their fellow Security Council members and used a mandate to protect civilians as a cover for providing support to Libyan rebels and ousting Qaddafi.
Libya since the fall of Gaddafi has been divided and ruled by two different governments and two different parliaments. The Libyan international recognised government based in Beida and its allied parliament operating from Tobruk were chased out of Tripoli last year by the Libya Dawn; a powerful militia-supported group now in control of Tripoli.
The international community has been pushing rival Libyans to reach an agreement that will end the rivalries. Negotiations between rival groups in the Moroccan city of Shkirat have reached their final stages with final agreement on hold for adoption by all parties.
The UNMIL Chief Bernardino Leon invited the protagonists to return to Morocco after the Eid for the vote and proceed to the naming of members of the future Libyan Government.