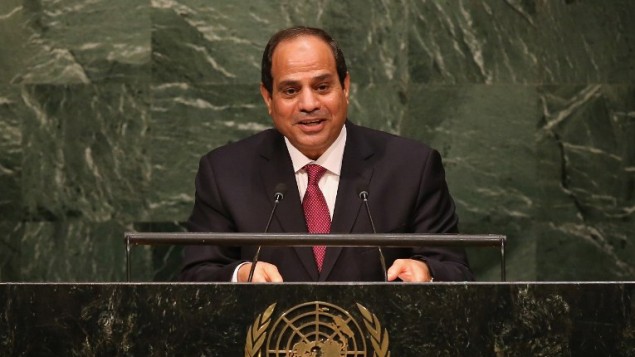 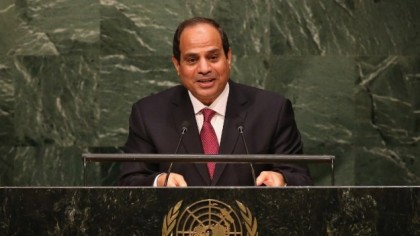 Egyptian President Abdel Fattah Al-Sissi in an address told the General Assembly on Monday that finding a solution to the Palestine-Israel conflict will bring peace in the Middle East region and end terrorism.
Al-Sissi called on resolving the conflict and empowering the Palestinians towards self-determination and “an independent state within the border of 4th June 1967, with East Jerusalem as its capital, will effectively eliminate one of the most important factors contributing to the region’s instability and one of the most dangerous pretexts used to justify extremism and terrorism”.
The Egyptian President slammed terrorists without mentioning the radical Sunnite ISIL group for their false interpretation of the Islam saying that their claims are against the true messages of the Islam religion: tolerance, justice and mercy.
”There is no doubt that more than 1.5 billion Muslims refuse to subscribe to the views of this small minority that claims to speak on their behalf and seeks, through violence and extremism, to marginalize and silence all who oppose it,” he added.
Al-Sissi’s Egypt is currently battling militants in the North Sinai Peninsula who have stepped up their terrorist operation since the ouster of former Egyptian first democratically elect President Mohamed Mursi. The militants have vowed to avenge their members and leaders who have been cracked down by the Egyptian army and justice. Thousands members of the Muslim Brotherhood have been killed and put behind bar in Egyptian prison cells following swift, massive and unlawful trials. The Muslim Brotherhood organisation has been banned by the Egyptian authorities who likened it to a terrorist organisation.
Mursi has emerged in the region as the suitable man for the fight against terrorism in the region and has marshalled around him Arab leaders for the creation of a Pan-Arab joint force.
Al-Sissi’s UN address has been welcome in Israel as Israeli Prime Minister Benjamin Netanyahu called on the Palestinian leader Abbas to resume peace talks with Israel.
Reports also indicate that on Sunday the Egyptian President in a meeting urged Abbas to resume talks with Israel adding that the Arab world is in full support.