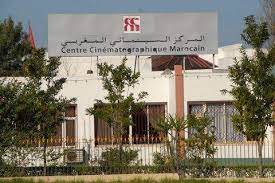 The Moroccan Cinema Center (CCM) has decided not to grant permission to ‘The Lady of Heaven’ movie by filmmaker Eli King and Author Yasser Al Habib, and to prohibit its commercial or cultural screening across the national territory.

Le Centre Cinématographique Marocain said in a statement that this decision comes after the ruling expressed by the Supreme Council of Ulemas, which is chaired by King Mohammed VI, Commander of the Faithful.

The Supreme Council of Ulemas has strongly condemned the content of the movie in a statement issued Saturday.

The Council strongly condemned the content of the film and expressed its categorical rejection of the blatant falsification of established facts of Islamic history.

The movie is contrary to the constants of the Kingdom of Morocco as defined in the Constitution, the Council said.

The CCM explained that competent services in the Kingdom tend to authorize cinematographic and audiovisual productions whether they are shot inside the national territory or abroad, to import them from the country of production and distribute them in cinemas inside the national territory, in full compliance with the legislative and regulatory texts governing the film sector in Morocco, if they are not contrary to the constants of the Kingdom.