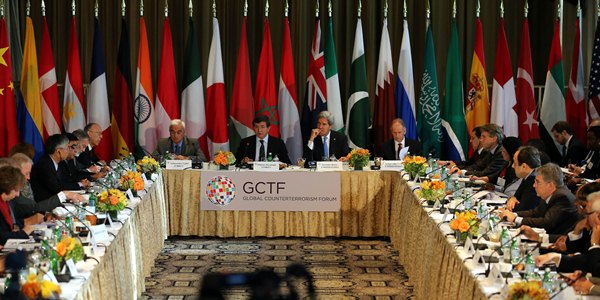 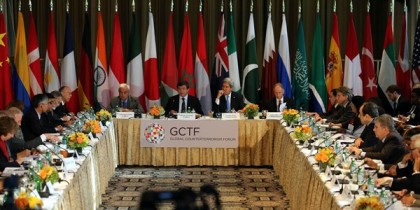 Morocco, a major ally of Washington and Western powers in North Africa, has laid out in New York its proactive strategy mapped out to fight terrorism which is threatening the peace and stability of the region and of the whole world.

Addressing the 6th ministerial meeting of the Global Counter-terrorism Forum (GCTF,) convened over the weekend in New York on the sidelines of the UN General Assembly, Moroccan Foreign Minister Salaheddine Mezouar voiced the Kingdom’s firm resolve to carry on its comprehensive counter-terrorism strategy and build on the positive results obtained in the field.

The Moroccan strategy owes its success to its global approach based on prevention, anticipation, education, rehabilitation, eradication of terrorism roots and international cooperation.

During the NY meeting, which was co-chaired by the US Secretary of State John Kerry and the Turkish Prime Minister Ahmet Davutoğlu, the North African country pledged to enhance relations between GCTF and non-member countries, seek the implementation of the Forum’s action plan and recommendations namely regarding borders security, fight against extremists and foreign combatants and rehabilitation of offenders.

As a token of recognition by the international community of the tireless efforts made by the Kingdom in combating terror cells and disrupting foreign terrorist plots, Morocco will be co-chairing the GCTF in 2016 along with the Netherlands.

GCTF seeks to reduce the vulnerability of people to terrorism by effectively preventing, combating and prosecuting terrorist acts as well as countering incitement and recruitment to terrorism.

The Forum is committed to strengthening international cooperation and mobilizing expertise and resources to address civilian-focused counterterrorism priorities.

Morocco has hosted several international counter-terrorism events and meetings. Last July, an international conference, a joint initiative by the United Nations Center for Counter-terrorism (UNCCT) & GCTF, was held in the Moroccan coastal city of El Jadida to discuss borders security, a key component in the global fight against terrorism.

The conference was attended by counter-terrorism experts and officials from the Maghreb, Sahel, Horn of Africa, United Nations and European Union.

The event focused on border security flaws, vulnerabilities and the resources needed to fix the loopholes exploited by terrorists, drug rings, arms dealers, smugglers…seeking to sow havoc and chaos in the world.

The gathering was an opportunity for the exchange of experiences and skills for a better cooperative border management and enhanced trans-border security.

The conference enabled Moroccan counterterrorism officials to share with their counterparts from other countries experiences, expertise, strategies and programs in areas such as rule of law, border management, and countering violent extremism.

Moroccan security services announce frequently arrest of dangerous terrorist cells linked to the Islamic State group. In a bid to step up and streamline its fight against jihadists, Morocco has set up its own FBI dubbed “Bureau central des investigations judiciaires.”

The Moroccan FBI oversees all terror investigations through a centralized, coordinated and strategic approach striking a delicate balance between the security requirements and the respect of human rights.

Morocco’s security approach and the efficiency of its intelligence services in combating terrorism have been praised by the United Nations Human Rights Council.

In a report unveiled lately in Geneva, Switzerland, the UNHRC described Moroccan Intelligence agency as the most powerful agency in MENA region due to its success in ensuring national security and important role in preventing terrorist attacks.

The UN report also hailed the cooperation ties existing between the Moroccan intelligence agency and its foreign peers and particularly those of the super-powers such as the U.S. China and Russia.

Morocco’s European partners particularly Spain, France, Belgium and many others around the world all recognize the North African country’s importance in counter-terrorism and in the international war against radical Islamist ideology. Such outstanding performance makes Moroccan experience stands out as a model in the region.