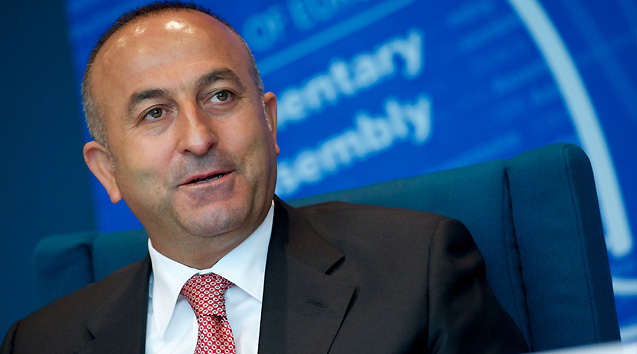 Turkey ready to normalize ties with Egypt if… 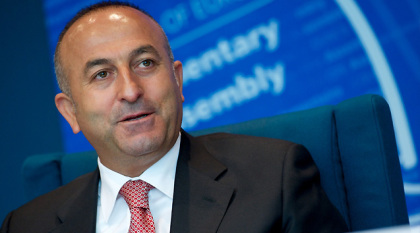 During an interview at the Turkish Radio and Television Corporation (TRT) on Thursday, Foreign Minister Mevlüt Çavuşoğlu said Ankara is willing to normalize relations with Cairo if it shifts towards democracy and the respect of human rights.

Since the ousting of Mohammed Morsi from power by El Sisi in a military backed coup d’état, the Turkish government has been very critical of the Egyptian government and President El Sisi.

Minister Çavuşoğlu said they are willing to restore relations with Egypt and steps have already been taken. He hinted that there are some initiatives to establish dialogue at a certain level, but didn’t give further details. Çavuşoğlu went on to say that Western and Gulf countries want Turkey and Egypt to mend their ties but he stressed that it could only be possible “if the Egyptian government takes steps towards democracy, and ends human rights violations and oppression.”

The removal of Morsi was followed by tensions opposing his supporters and the Muslim Brotherhood to the security forces. The Minister said Turkey stands “against the regime’s atrocities” that killed thousands of people and subjected those who were arrested to mass trials. Çavuşoğlu clarified that they don’t have an issue with the Egyptian people but with the government.

These remarks came days after Egypt and Qatar started working towards restoring their broken ties. Çavuşoğlu welcomed the move saying that Turkey has a perfect relationship with Qatar and will like to see other countries having similar ties with Doha.

The spokesman of the Foreign Ministry, Tanju Bilgiç, said the visit of Qatari leader Tamim bin Hamad al-Thani to Turkey last week has nothing to do with mediation between Ankara and Cairo.