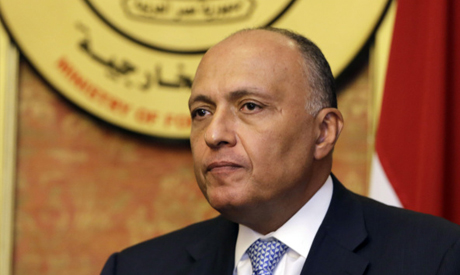 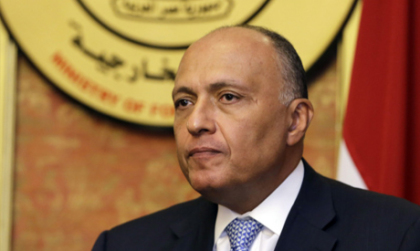 Egyptian Foreign Minister Sameh Shoukry expressed deep concern over the conflict in Libya and its implications for the country’s future, during a Sunday meeting with his Libyan counterpart, Mohamed Al-Dairi.

Hostilities in Libya between the government forces and the Islamists have not stopped leading many to fear that it could delay the projected UN-led dialogue to end the war.

Minister Shoukry said his country supports Libya’s legitimate institutions and those who are dedicated to institution building efforts. Cairo is supportive to the Tobruk based government that enjoys international recognition.

Al Dairi offered his interlocutor condolences for the 3 Egyptians murdered last week and described the incident as a “heinous terrorist act.” 14 soldiers also lost their lives during the incident. The meeting was an opportunity for the Egyptian minister to remind his compatriots in Libya to be very careful and avoid places were clashes are taking place.

Tripoli and Tobruk both have a government and a parliament running the country simultaneously in their controlled areas. They all claim to be legitimate. UN’s Special Representative for Libya, Bernardino Leon, has been working on an agreement for a ceasefire in order to begin negotiations between the warring parties. However, his efforts might be fruitless as fighting intensifies.

Egypt has been affected by the war in the neighboring country because weapons are believed to be smuggled from there to the Sinai region. Cairo has been accused of interfering in the Libyan war by bombing Islamist held areas in the capital but it has strongly refuted these accusations.

Libya’s neighbors are worried that the war could destabilize the region prompting African nations to urge NATO to help restore stability and security in the country.

North Africa Post's news desk is composed of journalists and editors, who are constantly working to provide new and accurate stories to NAP readers.
NEWER POSTEgypt Gets € 55 Mln EBRD Loan for two wastewater projects
OLDER POSTTurkey ready to normalize ties with Egypt if…