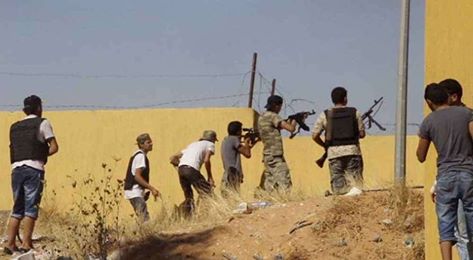 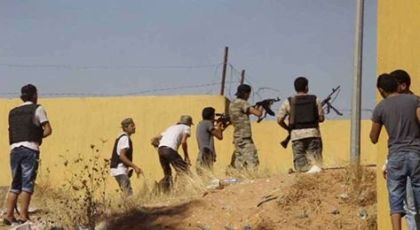 According to the Libyan authorities, the assailants, who used speedboats and rockets in their surprise attack, belong to the “Fajr Libya Movement”.

The security spokesman for the region Mr. Ali al-Hassi said the “Libyan armed forces repelled an attack in which the Fajr Libya militia tried to seize the al-Sidra oil terminal” which is capable of producing more than 400,000 barrels per day.

The militiamen “fired several rockets from their speedboats at the terminals of Ras Lanuf and Al-Sidra and one of them hit a tank south of al-Sidra port which then caught fire”, said Mr. al-Hassi.

Since the toppling of Libyan dictator Muammar Gaddafi in 2011, the North African oil-rich nation has been riven with political divisions and is now governed by rival governments and a patchwork of overlapping militias.

Mr.Abdullah al-Thinni, who is internationally recognized as Libya’s legitimate prime minister, has pulled out of from the capital Tripoli and relocated his government into eastern Libya, after the Islamist group of “Fajr Libya” seized the capital in August and set up its own administration.

Libya’s oil reserves are among the biggest in the world but production has repeatedly been affected by growing violence and fightings which have reduced Libya’s crude output to 352,000 barrels a day.

The international community and particularly the Western powers are concerned over the deteriorating situation in Libya wherein the Islamist militant groups are tightening their grip on the country due to the lack of political and security stability, making the country a magnet for international terrorists and illicit traffickers of all kinds.