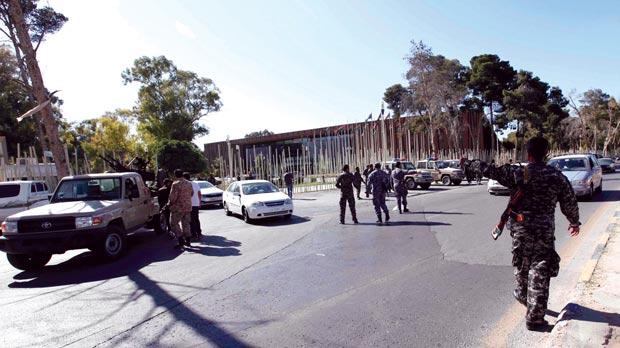 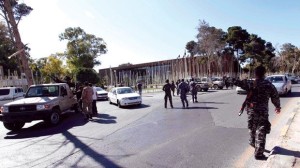 After Ahmed Maiteeq’s confirmation as the new Prime Minister of Libya in a controversial vote at the General National Congress, the rebels have decided that they won’t recognize the Prime Minster because he “came to power illegally,” according to their spokesman Ali Hasi. Their decision will affect the agreements they reached with former Prime Minister Abdullah al-Thinni with regards to the opening of the ports under their control.
Maiteeq, a businessman, was sworn in on Sunday after a chaotic election in parliament. Many deputies have challenged his appointment claiming that the quorum was not met to hold elections. He has however been named Prime Minister.
The rebels’ refusal will hamper the financial situation of Libya as its political future hangs in limbo. The country heavily depends on oil revenues and the seizure of oil ports by the rebels has reduced oil production from 1,4million bpd to only a quarter of a million.
Mohammed Ali Abdullah, head of the Libyan parliamentary budget committee, has warned that there will be a budget deficit of $8billion after the draft. The deficit could be higher because the estimates used in the drafting are 800,000 bpd and an oil price of $100 per barrel. He didn’t dwell on the means of funding the deficit.
Rebels control major oil ports in the east where Ras Lanuf and Es Sider port terminals are found. Small ports such as Hariga and Zueitiba have been handed over to the government. Such actions have contributed to worsening the political crisis and the parliament unable to approve a budget for this year.
The North African country has been mired in turmoil since the 2011 overthrow of strongman Muammar Gaddafi.
The government has not released any public statement.