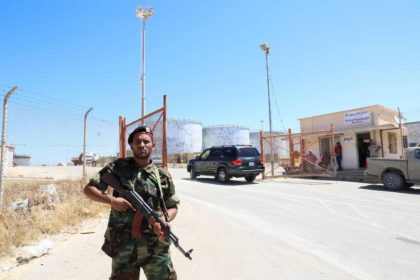 Production at four vital Libyan oilfields will resume after a meeting between Prime Minister Abdulhamid Dbeibeh and representatives of a faction of the Petroleum Facilities Guard (PFG) which handle security of the sites, reports say.

Wafa, El Feel, Sharara and Hamada oilfields halted production after the PFG staged protests against a number of issues, including the removal of an official from the company that operates the Sharara oilfield.

Sharara, the largest oilfield in the country, can produce some 300,000 bpd of crude.

The agency said the outcome of the meeting satisfied the requests of the PFG, without giving further details.

The National Oil Corporation (NOC), the country’s entity managing the oil sector, had reportedly warned that the protest movement by the PFG will undermine oil production.

The NOC pointed out that oil production will be reduced by another 200,000 bpd early this month.