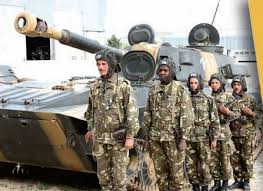 The Algerians selected Bouteflika as their president a few days ago after he campaigned on promoting security and stability in the country. His promises are being put to the test as 14 soldiers were killed in an ambush by the Islamist militants. No group has claimed responsibility but sources have hinted that the Al-Qaeda in the Islamic Maghreb (AQIM) is behind the act. Algeria has already mobilized its forces to intensify its presence in the mountains east of the capital where the ambush happened.
The ambushed military group was attacked when they were patrolling for militants the Tizi Ouzou region, 75 miles east of the capital. The attack could mark the beginning of a new assault campaign because of the pressure the government has been receiving to maintain stability and security in order to attract more investment.
Rahmani Anis, an Algerian security specialist, considers the ambush to be “a response to setbacks for A.Q.I.M., which lost several of its militants in recent months.” He claimed that the group did try to “disrupt the election, but it failed.” The army has killed 37 militants in different regions of the country since January, according to the Ministry of Defense.
AQIM is mostly based in the Sahel area which crosses southern Algeria, but over the past few months the army has killed several militants in the eastern mountains, and security sources say some have been found with weapons traced to Libya. During the attack, three militants were killed.
Algeria has an unpleasant history with Islamists. They fought a bloody war in the 1990’s after authorities decided to cancel parliamentary elections that the Islamic party was expected to win. However, the recent instability in certain neighboring countries has poised to be challenge for the country.