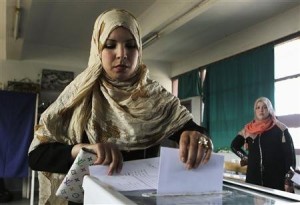 Supporters of Abdelaziz Bouteflika, have claimed that the incumbent president has won a “crushing victory” in his bid to win a fourth term as Algeria’s leader, while his main rival and former prime minister, Ali Benflis, has accused the former of a “massive fraud”. On Thursday (April 17), Algerians casted their ballots in the presidential elections that are likely to make Abdelaziz Bouteflika the fifth President of Algeria for the fourth time even though the turnout is expected to be low and anti-Bouteflika’s opposition tough. More than 260,000 police have been called on to protect about 50,000 voting booths that opened yesterday throughout the country. More than 23 million of Algeria’s nationals were registered as eligible voters and were to decide among six presidential candidates. Abdelaziz Bouteflika, thanks to or despite his chronic health issues and 15-year rule, is widely anticipated to win.
During recent months, he has appeared on TV very rarely and when he did, he was looking very frail after he had gone through a stroke last year, which eventually confined him to hospital bed in France for three months. His poor health was also visible yesterday in the capital of Algiers when he was casting his ballot. He announced his readiness for the next term in February, which triggered opposition protests throughout the country. Yesterday in the evening, the turnout was reportedly about 15 percent according to the announcement of the Interior Ministry, whose boss, Tayeb Belaiz, said that thus far the reached turnover was an improvement when compared to the 2009 elections. Clues have shown though that the participation have likely increased since then.
Algeria managed, to a large extent, to avoid massive political turmoil and alterations in key positions commonly brought to other Arabic countries by the Arab Spring. Instead, it has given a rise to a number of youth groupings that have stood up against the “never-ending” rule of the incumbent President Bouteflika. Youth protest platform – Barakat (Enough) – is among the major opponents of Algeria’s political authoritarianism fighting for political transition in the country.