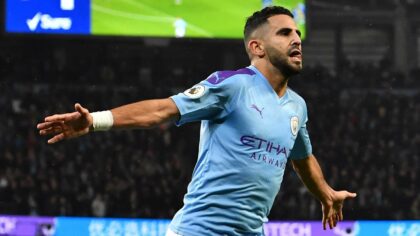 Pigeon wing, double hook, and right cross strike. Once again, the captain of Les Fennecs, Riyad Mahrez showed the full extent of his talent against Zimbabwe to score the Greens’ second goal (38th). The Manchester City striker had also had two free kicks (6th and 25th) to illustrate himself. But the ball had passed to the left and top of the goal respectively. Four minutes earlier, thanks to a Mohamed Halaimia cross, Andy Delort had headed the ball for the opening goal.

Zimbabwe came back into the game just before the break (43rd) with a free-kick into the top corner by captain Knowledge Musona.

In the second half, Raïs M’Bolhi saved the Greens on several occasions, who were sometimes surprised by the opponents’ counter-attacks. Even if Baghdad Bounedjah, scorer in the previous match, once again endangers Zimbabwe with a powerful right-foot shot that passes just to the left of the goal (71st).

Finally, the Warriors regained the lead in the last 10 minutes when Prince Dube beat M’Bolhi from a corner (86′).

Winners 3-1 in the first leg, with this draw, the Algerians signed a twenty-second game without defeat. This point brought back from Zimbabwe remains sufficient to go to the finals. This should satisfy the coach Djamel Belmadi who aimed at a “quick” qualification to allow the players “to relax afterwards”.