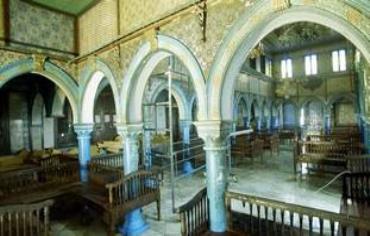 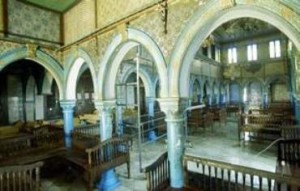 Tunisia has launched preparations to restore the synagogue in Ghriba, also known as the Djerba synagogue, before many Tunisian Jews set off on the pilgrimage journey next month on the occasion of the Jewish holiday Lag B’Omer. This year, the holiday will be additionally accompanied by the adoption of the country’s new constitution guaranteeing freedom of worship to all.
The religious affairs ministry announced at the end of March that it had allocated funds to restore and maintain the oldest synagogue on the African continent. The move of the government should mostly demonstrate that Tunisia cares about religious freedom and thus improve the image of the country abroad. Visits to the synagogue have fallen sharply since the 2002 deadly bombing during which 19 people were killed (16 of which were foreigners) and 30 other wounded. Al-Qaeda claimed responsibility for the attack.
Official curator of the synagogue as well as Jewish community leader Perez Trabelsi appreciated the attention of the Tunisian leadership to the country’s Jews and their religious holidays and customs. Mr Trabelsi emphasized that his community had been receiving funding from the government since 1990 not only from the religious affairs ministry but also from the governorate of Medenine and various non-profit organizations. There are also additional funds to cover the maintenance of the synagogue and all community requests have been addressed in a positive way. Mr Trabelsi concluded by stressing that the Tunisian Jewish community is living peacefully with Tunisian Muslims.
Tunisia’s tourism minister, Amel Karboul, confirmed Trabelsi’s words while speaking at a press conference in mid-March. He said that he hoped for thousands of Jews to make the pilgrimage to Djerba. Tunisia’s President, Moncef Marzouki, also expressed his support for the country’s Jewish community when he spoke during a visit to synagogues in La Goulette. President Marzouki stressed that Tunisia’s Jewish community was an important component of this North African country’s cultural diversity.