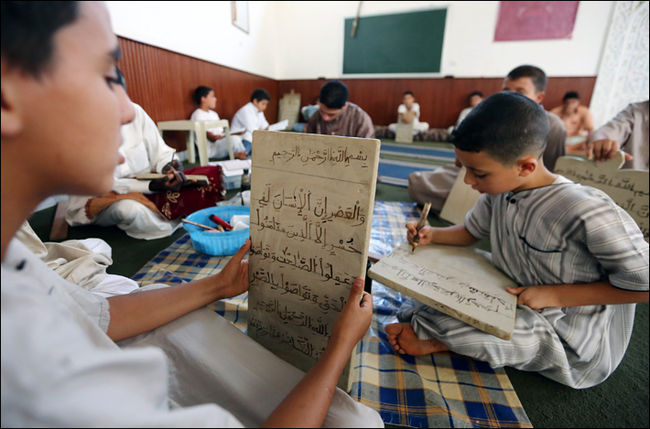 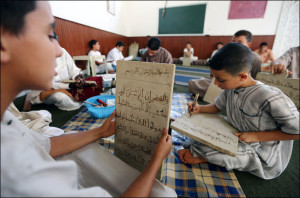 As a result of the inability of state institutions to govern and control the country, Libya’s Qur’anic schools are forced to function on their own. Many citizens are concerned that the rising number of radical teachers and preachers will have a negative impact on their children. Along with the influx of international extremists who found their refuge in Libya after the revolution of 17 February, an increasing number of schools are being used to “brainwash” kids and young adults in radical Islamist ideology.
President of the country’s observatory for Human Rights, Abdul Nasser, said that the incapability of his institution as well as other non-profit organizations to monitor schools in these difficult times is driven by the malfunctioning of state institutions and mainly the Ministry of Religious Endowments. As such, the ministry should be the top destination exerting an “oversight role”.
Therefore, Mr Nasser stressed that every single Islamist grouping or organization controls several Qur’anic schools while exploiting them for teaching a dangerous ideology and religious intolerance. This includes various currents of Islamist extremism and takfirist ideology, such as Ansar al-Sharia, which is an Islamist militia group advocating for the strict observance of the sharia – Islamic law – throughout the country.
Many observers warn that these extremist ideas have nothing to do with genuine Islam. As Samia Mahmoud of the Benghazi educational inspection office said, extremists are corrupt people who claim to be religious and pious but who also spread the culture of hatred via distribution of leaflets and pamphlets. This is extremely dangerous for children, who cannot distinguish between “good” and “bad”.