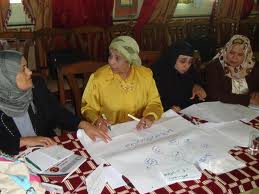 The World Bank and Kuwait have boosted Egypt with funds to help Egypt in its rebuilding efforts. Kuwait attributed a billion dollar grant while the World Bank gave $300million loan for the promotion of small and medium sized enterprises.
Unemployment in Egypt has been drastically reduced because people have started to venture into self-employment. The results have been encouraging because the small and medium sized enterprises have become the main source of new job opportunities, generating more than 85% of jobs in non-agricultural private sectors, and representing 40% of total employment.
The promotion of such enterprises is part of an ongoing project that is targeting to create 130,000 enterprises within five years. Among the reasons behind the decision by the World Bank to offer the loan is because “it will unleash opportunities and provide income-generating activities to youth, women and entrepreneurs in marginalized areas,” stated the lead economist and project team leader of the bank Sahar Nasr.
Among the beneficiaries of the project also include those living in the remote, rural and underprivileged areas in Egypt. Nasr underlined that it will be an opportunity to offer them “with economic opportunities and contribute to improving their lives at this critical transition period in Egypt.”
Meanwhile, Egypt will soon be receiving a billion dollar grant from Kuwait after its approval by the parliament. The amount was pledged by the government to help the interim government after Morsi’s ousting.
The sum is different from the $106 million loan concluded with the Kuwaiti fund for economic development this week for the construction of a new power station in the Upper Egyptian governorate of Assiut, which will generate 650 megawatts per day in an attempt to meet Egypt’s upcoming energy demands in the hot summer months.