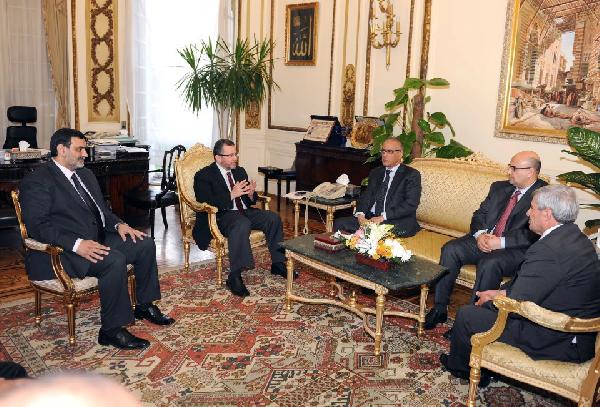 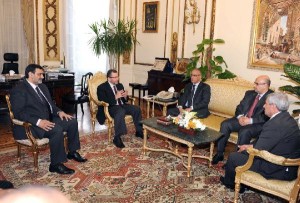 Shortly after Prime Minister Ali Zeidan’s return from an overnight visit to Egypt, a source close to his cabinet have revealed that the visit was centered on developing bilateral economic relations amongst which is the establishment of a free trade zone.
Part of Prime Minister Zeidan’s visit was aimed at how to get Egyptian companies in construction and infrastructure projects participate in Libya’s rebuilding. Companies of this genre are highly needed in Libya due to the skyrocketing demand since the war ended. He did talk with President Mohamed Morsi and Prime Minister Hisham Qandil about setting up a cross border free trade zone from Torbuk to the Egyptian town of El Alamein in order to boost trade between them. Ways to promote a two-way investment was also part of their discussions according to the Libyan official.
Despite the desire between the two countries to promote and strengthen their economic ties, illegal immigration and weapon smuggling still remains to be areas of concern. A border security deal covering illegal immigration as well as human trafficking, weapons smuggling and illegal fishing had been signed in April but reports claim that almost hundred Egyptians are reportedly being deported from Libya on a daily basis.
Libya and Egypt have been working towards developing their relationships after the end of their Arab Spring. Libya is worried about the influx of undocumented Egyptian workers who arrive with forged documents or with neither a passport nor a visa. On the other hand, Egypt wants tighter security to avoid weapons being smuggled to the Sinai region.
The Libyan population remains cautious about its government dealings after a $2billon “investment” in Egypt is followed by a visit amid the political crisis and insecurity concerns in the country.