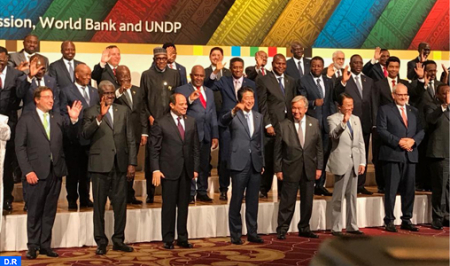 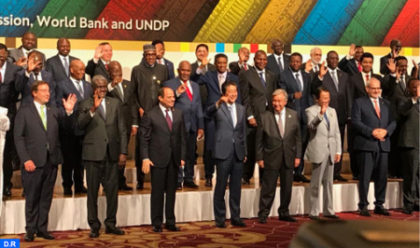 Japan has lately repeated once and again that it does not recognize the SADR, self-proclaimed by the Algeria-backed Polisario.

Eager to make its position on the Sahara conflict heard by the international community, especially African leaders, Japan on Wednesday reiterated its official position: non-recognition of the self-proclaimed Sahrawi Arab Democratic Republic (SADR).

Actually, Japan’s Foreign Affairs Minister Taro Kono has said at the opening of the 7th Tokyo International Conference on Development in Africa (TICAD VII), attended by some twenty African heads of state that “the presence at the TICAD-VII of any entity that Japan does not recognize as a State does not in any way affect the position of the country regarding the status of this entity.”

The statement reaffirms Japan’s position on the Sahara conflict and its support for Morocco’s territorial integrity. Japan’s position also shows its commitment to the UN-led political process as the only party entrusted with finding a mutually acceptable political solution to the conflict.

Kono echoed his country’s repeated position in favor of Morocco’s cause. On August 27, at the ministerial meeting preceding the summit, Kono said that the presence of the delegation from the separatist group does not affect his country’s position on the self-proclaimed entity.

The Japanese government also reaffirmed that it has no intention to change its stance regarding SADR.

On August 25 head of the MENA division of the Japanese foreign ministry, Katsuhiko Takahashi, said that Japan does not and will not recognize “Western Sahara as a state. This is Japan’s constant and immutable position and we have no intention of changing it.”

The government of Japan leads the conference with co-hosts such as the United Nations, United Nations Development Program (UNDP), the World Bank and the African Union Commission (AUC).

Morocco is represented at the three-day event by a large delegation, led by Foreign Minister.

“Advancing Africa’s Development through People, Technology and Innovation” is the theme of TICAD VII that is attended by more than 4,500 delegates.