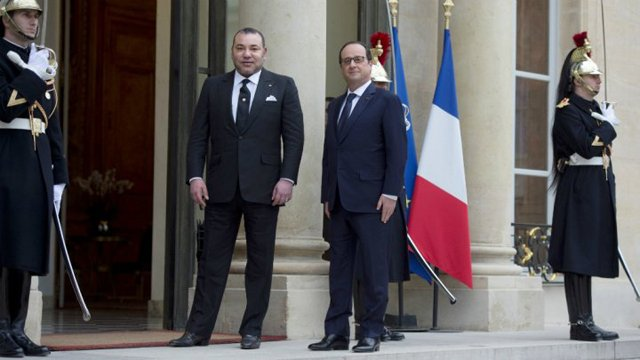 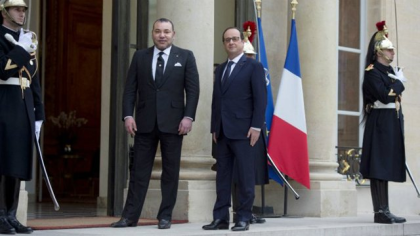 President François Hollande of France is to confer with King Mohammed VI of Morocco this Friday afternoon in Paris.

The meeting was announced by the Elysée in a statement but no details about the purpose of the meeting or the topics to be discussed were revealed.

Yet, everything suggests that the two leaders’ talks will focus on bilateral cooperation in the field of security, fight against terrorism and information sharing.

This is all the more obvious that earlier on Thursday, the French interior minister, Bernard Cazeneuve, revealed that the intelligence that enabled to locate the terrorist cell that slipped the police net after the series of attacks committed in Paris last Friday were provided by a non-European country.

The French Interior Minister did not name Morocco, but earlier press reports had said it was the Moroccan intelligence department that informed Paris authorities about the hideout of the terrorists including the ringleader of the Paris terror attacks, the Belgian-Moroccan Abdelhamid Abaaoud.

Thanks to the Moroccan tip-off, the French police launched Wednesday at dawn a raid on a squat in the Paris suburb of Saint Denis and killed two suspects including Abaaoud.

The French police have thus foiled another terror attack that the terrorists were about to launch on the city’s business district.

The meeting between the French President and King Mohammed VI is thus taking place on the morrow of the successful operation carried out by the French Police thanks to Morocco’s cooperation.

The Moroccan sovereign, who is on private visit to France, was among the very first heads of state to condemn in the strongest terms the Paris terrorist attacks in messages to President Hollande and to the French Prime Minister.  He also had a long phone call with the French head of State.