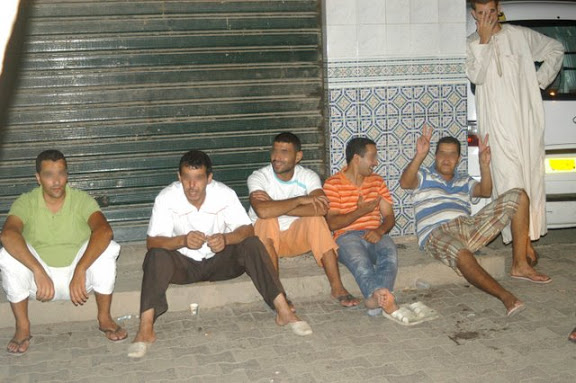 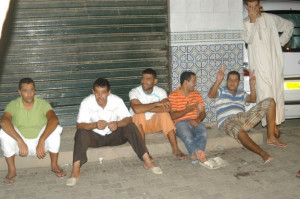 Algeria announced on Monday a series of measures to fight the chronic unemployment excluding thousands of Algerian youths from the work market, mainly in the southern parts of the country.
The announcement came while anger is growing among these youths who have planned a massive protest demonstration for Thursday and who no longer believe the promises made by politicians nor the slogan “youth are the country’s most valuable asset for the future” repeated so often by the head of state, Abdelaziz Bouteflika.
The Algerian Prime Minister, Abdelmalek Sellal, announced what some commentators described as a “Marshall Plan” for southern Algeria forcing the enterprises operating in the area to hire local workers.
The recruitment of labor outside the wilayas (prefectures) is only allowed, under “exceptional” derogations, for jobs that cannot be filled by locals, said the Prime Minister in instructions to the southern Wilayas and companies based there.
The measures also provide for granting easy loans without interest to young entrepreneurs and unemployed persons wishing to create their own micro-business. Meanwhile, ministerial departments and state-owned enterprises are urged to grant sub-contracting deals to the micro-businesses to be set up in the context of these incentives to employment.
The Prime Minister also decided the creation of an energy-related vocational training center in the south before the end of next April and called local enterprises to ensure the training of unskilled workers.
Meanwhile, la Confédération générale des entreprises algériennes or the C.G.E.A, the employers’ association that musters most Algerian private enterprises, announced a redeployment and investment plan in the southern provinces.
The C.G.E.A chairman who said the plan will be implemented very soon pointed out that investments in the south are a top emergency.
All these sudden moves are made by the government in an attempt to appease the anger of youths, hardly hit by unemployment.
According to the Algerian authorities and the International Monetary Fund, 21.5 percent of Algerians under 35 are unemployed. The rate stands at 10 percent for the entire population.
The situation of young people in the South is even more difficult in view of the low development level in the region. The region is also said to be lacking local skilled labor, while many university graduates are on the dole because of the inadequacy of the syllabuses with the needs of the labor market.
The Algerian media had harshly criticized the Prime Minister earlier this month as he had called the idle youths in the South to resume their forefathers’ agriculture activities and not to rely anymore on hydrocarbon industries since reserves, he alleged, are declining.
The media lashed out at Sellal’s statements and at the government’s failure to provide employment opportunities for young Algerians recalling that Sonatrach, the state-owned oil company, has announced new oil discoveries and coming exploitation of new oil and gas fields.
The government was urged to find a solution to all unemployed, through concrete measures and amendment of the employment governing laws instead of luring people with empty promises that only help to exacerbate anger.
The media and activists are also regularly criticizing Sonatrach for its recruiting methods based mainly on nepotism, clientelism, favoritism, regionalism, and cronyism, it is argued.
Some commentators wonder why Algerian authorities were so slow to address the thorny unemployment issue and were unable to take the necessary moves long time ago, especially so that the country posted such a massive budget surplus thanks to oil returns and the government could surely have done so much more.
In 2012, Algeria’s hard currency reserves amounted to nearly $200 billion, and its trade surplus stood at $26 billion and in October last year, it agreed to contribute $5 billion to the IMF lending through the purchase of  Special Drawing Rights.
This week, the IMF Chief, Christine Lagarde, is paying a three-day visit to Algiers to discuss relations between the international financial institution and the North African country and why not ask for more money.
While Algeria is trying to assert itself as one of the creditor countries of the multinational institution, Algerian youths are desperately trying to earn a living in dignity and to put an end to their exclusion.
Will the measures announced by authorities succeed in addressing this thorny issue and in defusing this time bomb? The demonstrations projected for Thursday will partly answer the question.