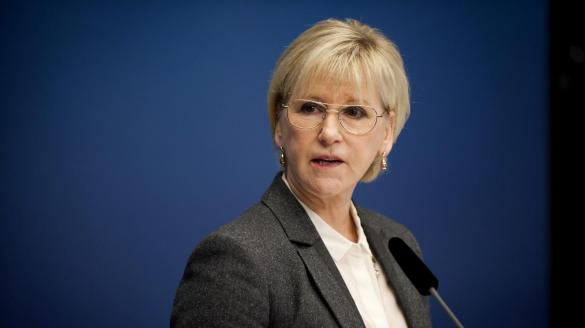 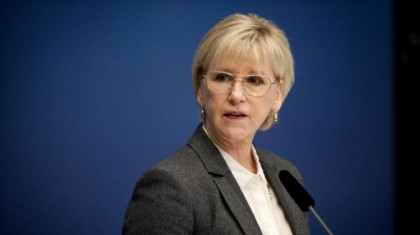 Sweden has given up its plan to recognize the Sahrawi Republic proclaimed by the Polisario, reports say.

The Swedish government, which examined the possibility of recognizing SADR, gave up the idea, said Thursday the SVT public television.

“Sweden will not recognize the Western Sahara,” wrote the TV on its website, adding that according to information it gleaned, the Foreign Minister Margot Wallström will make public this decision shortly.

This diplomatic victory for Rabat heralds more serene relationships between the two countries which turned sour last year after the Swedish Parliament announced its intention to recognize the SADR.

According to SVT, the Swedish government which angered Morocco last year in September following the Swedish Parliament’s intention to recognize the Sahraoui Republic, has decided to abandon the plan.

The TV also said that Wallström should also highlight the geopolitical and legal criteria leading to the recognition of a State by Sweden.

The TV commented that Sweden’s decision has been governed by many considerations including Morocco’s strategic role in the Arab world and Sweden’s desire to resume economic and trade ties with Morocco which were frozen since it was hinted last September that Stockholm would change its stand on the Sahara issue.

Rabat mobilized its diplomacy and political parties to rein in Sweden and at the economic level froze the opening of the first Swedish mall in Casablanca, initially slated for last fall.

With the Swedish TV announcement, Morocco and Sweden have seemingly managed to overcome a difficult chapter in their bilateral relations and opted to further consolidate the momentum of dialogue and cooperation.

The history of relations between the two Kingdoms dates back to the 18th century with the signing on May 16, 1763 of the first legal instrument written in Arabic that Sweden ever concluded. The accord resulted in the opening of a Moroccan consulate in Sweden and a Swedish consulate in Morocco.