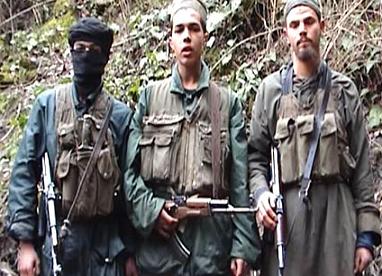 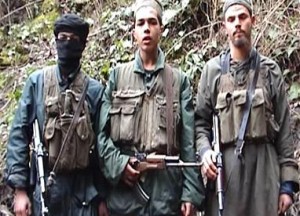 Algerian military forces have launched lately a large scale combing campaign targeting Islamist militants groups operating in the Boumerdes-Tizi-Ouzou-Bouira triangle, stronghold of al-Qaeda in the Islamic Maghreb (AQIM) and its affiliates.
This campaign comes as the international community braces for military action to dislodge the radical Islamist forces occupying northern Mali after a coup in Bamako.  This intervention has been approved by the UN Security Council last December, insisting that the international force should be deployed in Mali progressively but without fixing a precise timetable.
At least thirteen terrorists were reportedly killed early this week in Algeria in two separate operations carried out by security forces in the province of Boumerdes, 30 kilometers east of Algiers.
The first operation took place in the locality of Keddara, where six terrorists were killed and a cache of weapons was seized, while the 2nd operation left seven terrorists dead in the Oued Bahara area of Boumerdes.
According to the Algerian media, these two operations were launched after receiving “actionable and reliable intelligence” provided by two terrorists who had surrendered to the security forces.
In 2012, Algerian security forces have killed about 200 Islamist militants and arrested nearly 350 members of AQIM. The lineage of this Salafi-jihadist militant group extends back to a guerilla Islamist movement, known as the Armed Islamic Group (GIA), which violently opposed the secular leadership in Algiers in the 1990s. Later on, the group has become an al-Qaeda affiliate with broader regional and international ambitions. Its violent activities have garnered heightened scrutiny in recent months, particularly after AQIM, along with other radical Islamist factions, expanded its foothold in Mali’s vast ungoverned northern region.
The group says it seeks to “cleanse” North Africa of western influence, overthrow apostate “unbeliever” governments (including Algeria, Libya, Mali, Mauritania, Morocco, and Tunisia), and install fundamentalist regimes based on Islamic law or Sharia.
The terrorist tactics used by AQIM militants include guerilla-style raids, assassinations, and suicide bombings of military, government, and civilian targets. They also resort often to kidnapping—and sometimes execution—of aid workers, tourists, diplomats, and employees of multinational corporations.
The group raises money through an array of criminal activity including kidnapping for ransom and the trafficking of arms, vehicles, cigarettes and persons.