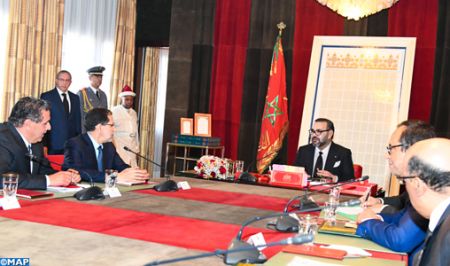 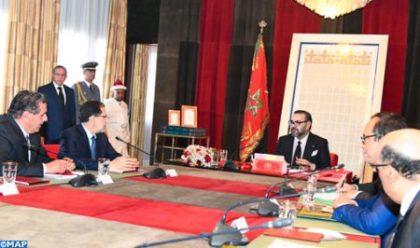 Ensuring sustainable supply of drinking water took center stage at a meeting chaired by King Mohammed VI at the Royal palace in Rabat, Thursday, part of an endeavor by the Kingdom to safeguard water resources.

The meeting focused on water supply in the north and the north east, two regions that see their water needs double during the summer, the Royal office said in a statement.

The water needs of the region are also set to increase as the region is home to large-scale industrial investments and tourism development projects.

“The social and economic projects such as the car-industry cluster by Renault and the Mohammed VI Tanger Tech City, which is being built in partnership with Chinese operators, require reinforcing water supply capacities,” the statement said.

The water supply will be guaranteed through building big dams in the area including the Bni Mansour dam, which will have a storage capacity of 1billion cubic meters of water.

Last year, King Mohammed VI gave instructions to the relevant departments to launch the construction of dams of different sizes across the country to secure drinking water supply as well as water resources for irrigation and industry in different regions.

The Sovereign also called for considering the possible establishment of desalination plants, and for carrying on the water saving program in farming.