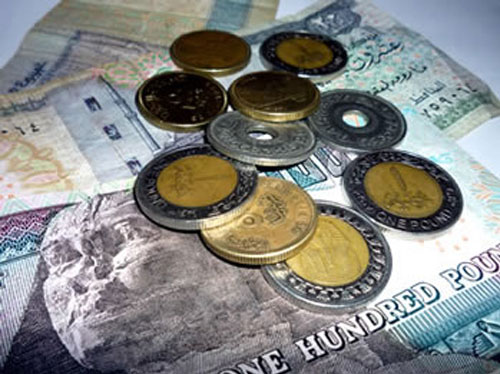 The Egyptian pound and foreign currencies 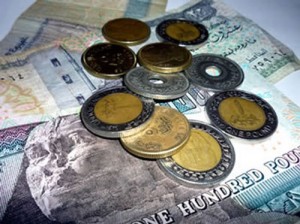 During the inauguration ceremony of the National Initiative for Economic Launch, the Egyptian Prime minister said that there are expectations that some prospective investments can “help reduce the budget deficit” before the end of the year because these investments can go up to LE20 billion. These remarks came after saying that the transfer of funds from the expatriates to Egypt has increased by 40% over the fiscal year. The budget deficit for the first half of the 2012-2013 fiscal year reached LE90 billion (US$14.3 billion) as of December 2012.
The economy has been in limbo since when the revolution began and foreign reserves have fallen to a critical level forcing the central bank to auction foreign currencies after the Egyptian pound recorded a record low against the US dollar this week.
The sale has entered its fourth auction and bids had to be made for an amount of $75 million by Egyptian banks. Egyptian foreign currency reserves are estimated to be around $15 billion. The auction has helped in stabling the Egyptian pound. The auction is an attempt to ration the use of Egypt’s foreign currency exchange, which has lost over 60% of its volume since the January 2011 revolution.
According to Tamer Youssef, a treasury director of a foreign bank in the country, the decision of the central bank is to provide foreign exchange needs of bank clients, particularly traders wishing to open letters of credit, as well as individuals.
A source at the Commercial International Bank said that the main reason behind the stability of the dollar before the Egyptian pound is related to the importation break of Chinese goods during this period of the year due to the flower festivals in china when request purchases become low.

North Africa Post's news desk is composed of journalists and editors, who are constantly working to provide new and accurate stories to NAP readers.
NEWER POSTAlgeria Takes Military Action against AQIM
OLDER POSTAlgeria not going as tourist to CAN