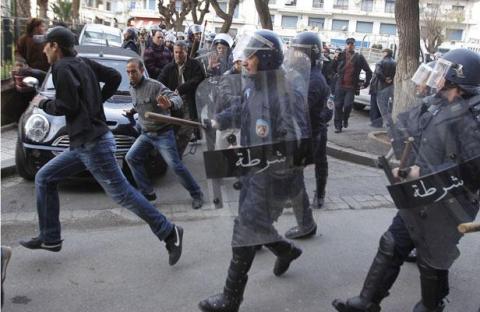 The Plight of Minorities in Algeria 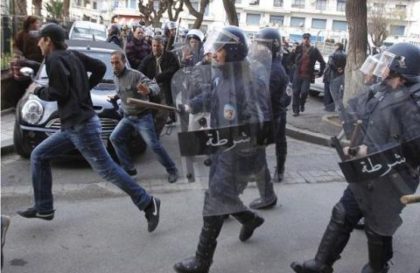 Algeria has been repeatedly lambasted in reports by international rights watchdogs for its systematic discrimination against minorities, whether religious, linguistic or ethnic. Intolerance towards minorities is espoused at the state level as evidenced by the growing religious intolerance and persecution targeting the Ahmadi community, among other communities.

Recently, HRW raised the alarm concerning the discrimination endured by religious minorities in Algeria following the arrest of the President of the Ahmadi sect Mohamed Fali on August 28 who is now in a prison in Mostaganem after he had been handed a 3-year jail sentence in absentia.

Scores of other Ahmadis have been imprisoned since June 2016 in a context where religious intolerance is espoused at the highest level of the state with government officials claiming that Ahmadis represent “a threat to the majority Sunni Muslim faith,” HRW said in a statement.

Facets of state persecution of this sect include denial of granting the right of forming associations or building mosques. Algerian authorities have also discriminated against the members of this sect in the civil service and officials have indulged in hateful speech against this community.

Algerian Christians and Jews, for their part, are threatened both by the state and fundamentalists. In its latest edition, the US Report on Religious Freedom in the Middle East indicates that Algerian Jews and some Algerian Muslims who converted to Christianity kept a low profile due to concern for their personal safety and potential legal and social problem.

According to Open Doors, an NGO monitoring religious rights, Christians in Algeria are facing increasing societal discrimination when it comes to renting homes, finding jobs and securing land or property to use as a place of worship.

For their parts, Jews saw their Synagogues being turned into mosques and their properties confiscated. Up to now, there is no single operating Synagogue in the country and Jews are often viewed as Zionists. This conflation between Zionism and Judaism has created an animosity towards Jews embraced at the state level.

The Amazigh community of Ghardaia, largely practicing the Ibadi branch of Islam, has also been subjected to discrimination and economically marginalized for decades.
Last May, Human Rights Watch, EuroMed Rights, Amnesty International, and Front Line Defenders have condemned in the strongest terms Algeria’s discrimination against the Amazigh (Berber) minority and called for dropping all charges against Kamaleddine Fekhar, a leading human rights activist and his 40 co-defendants.

The Algerian regime has been accused by local and international rights NGOs for its involvement and impartiality in the inter-ethnic clashes that hit the ancient city of Ghardaia.

In the densely populated Kabylie mountains, Algiers has long been attempting to suppress Amazigh activists. After its arabization policy failed, the state responded with a bloody repression of protests in 2001 in the region, leaving at least 160 dead in events that came to be called, Kabylie’s Black Spring.

The abuse by the Algerian security forces of Amazigh protesters will give birth to the movement for the independence of the Kabylie region (MAK), which has been gaining ground among the population of the restive towns and cities of Kabylie.

Led by Ferhat Mhenni who lives in exile in France, the MAK invokes a series of grievances the Kabylie region witnessed after the independence of Algeria. They blame the Algerian regime for seeking to eradicate their linguistic and cultural particularities by imposing an arabization policy coupled with economic marginalization.

These arbitrary expulsions came amid a wave of anti-migrant populism expressed by senior political figures in the country, venting the sluggish economic growth on poor Sub-Saharans, most of whom have fled poverty and conflict in their home countries to look for work in Algeria or seek transit to Europe via neighboring Libya.

Algeria’s social media networks woke up recently to a shameful and outrageous campaign targeting sub-Saharan migrants after the launch of a racist hashtag in Arabic saying “No to Africans in Algeria”.

The Algerian social media were tarred by racist calls for “cleaning Africans off Algerian cities,” and forcing them out of Algerian borders.

Few days after the announcement of the migrant regularization campaign, a new Algerian political leader and former Prime Minister Ahmed Ouyahia (who was later on re-appointed Prime Minister) expressed statements verging on racism and hate speech against Sub-Saharan migrants in the country.

Speaking to Ennahar TV station, Ouyahya, Secretary General of RND political party, described Sub-Saharan migrants as a “source of crime, drugs and other calamities.” His racist statements showed fierce opposition to the government’s attempt to save its face by giving sub-Saharans an opportunity to obtain residency status in Algeria.

The Algerian politician went on to refuse to consider migration from a human rights perspective saying with a hostile tone that the issue is part of state “sovereignty”.

“The presence of African migrants and refugees in Algeria will cause Algerians several problems,” Ksentini, a henchman of the military regime, had told Algerian media, adding that “these migrants bring diseases to Algeria.”

In Algeria, there is no place for minorities, whether religious, linguistic or ethnic, nor for alienated migrants fleeing wars and famines, seeking a better, safer life elsewhere.