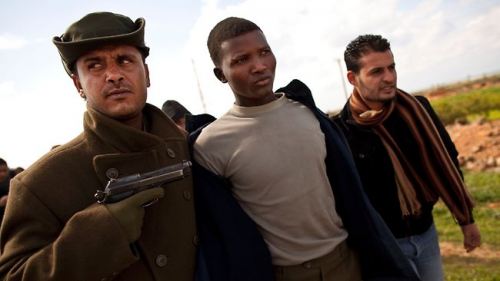 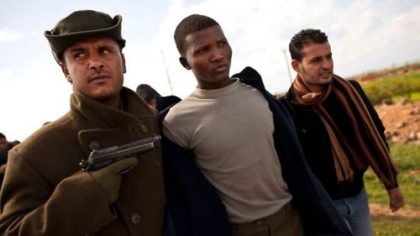 Algeria’s social media networks woke up to a shameful and outrageous campaign targeting sub-Saharan migrants after the launch of a racist hashtag in Arabic saying “No to Africans in Algeria”.

The Algerian twitter was awash with racist calls for “cleaning Africans off Algerian cities,” and forcing them out of Algerian borders.

These heinous calls echo the scandalous statements uttered by an Advisor to President Bouteflika and head of Algeria’s human rights commission Farouk Ksentini who bluntly accused sub-Saharans of spreading HIV in Algeria.

“The presence of African migrants and refugees in Algeria will cause Algerians several problems,” Ksentini, a henchman of the military regime had told Algerian media, adding that “these migrants bring diseases to Algeria.”

It is no wonder then that a large segment of Algerian society is following suit, uttering statements on social media bearing the hallmarks of racism in its abhorrent forms.

Algeria’s ill treatment of refugees and asylum seeker continued with the expulsion of 41 Syrian refugees to the Moroccan borders near the town of Figuig last April 17.

North Africa Post's news desk is composed of journalists and editors, who are constantly working to provide new and accurate stories to NAP readers.
NEWER POSTMorocco Arrests Four Terrorists Loyal to IS in Essaouira
OLDER POSTLibya Invasion was a Mistake, President Macron