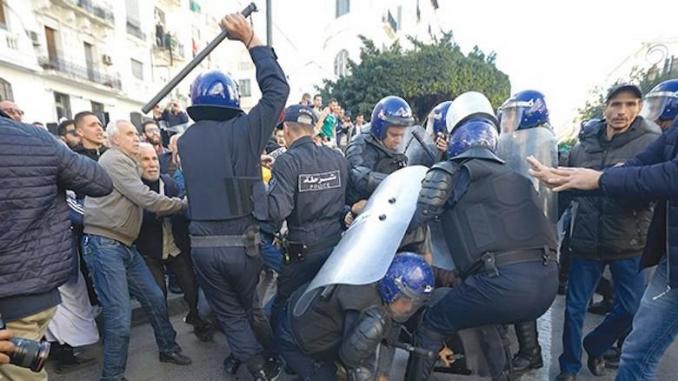 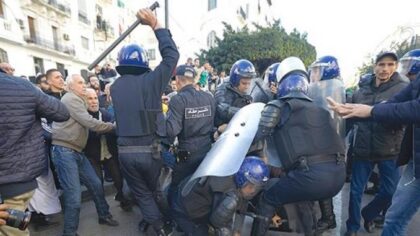 Several Algerian and international NGOs have decried, at the 47th session of the UN Human Rights Council currently held in Geneva, the “massive and flagrant violations of fundamental freedoms” in Algeria.

In this connection, Swiss NGO, “Promotion of Economic & Social Development” submitted to the UN High Commissioner for Human Rights Michelle Bachelet and specialized UN bodies a written statement, denouncing the “inhuman and brutal police repression” exerted against the popular pro-democracy Hirak movement and the arrest of several opponents, journalists, and activists.

The protesters demand a regime change, the establishment of a civilian & democratic State and not a military-controlled State. They also call for the departure and trial of all those responsible of an unprecedented social, economic, financial and political crisis in the country.

Every week, the Algerian army tries to block access to the capital and major cities to prevent citizens from staging demonstrations against the authoritarian and oppressive regime in place since 1962, said the NGO “Promotion du Développement Economique et Social” (PDES).

However, the anti-government protesters “continue their mobilization in order to obtain the establishment of a transition and the appointment of a President and a Government of national consensus, which will not be imposed by the Army”, added the NGO.

In November 2020, the military regime imposed on Algerian citizens a new constitution through a referendum with a record low turnout of 23.7 percent, said PDES, citing reports of several international human rights NGOs and the US State Department which describe the situation in Algeria as “extremely worrying”.

During this 47th session of the UN Human Rights Council, 82 other Algerian and international organizations have called the Office of the High Commissioner for Human Rights (OHCHR) and all other UN bodies to act to address the dangerous repressive escalation of the Algerian authorities against the pro-democratic forces.

In a joint letter to the OHCHR, these NGOs underscored that the relentless criminalization of fundamental freedoms requires an urgent response to the escalation of repression by the Algerian authorities against the opposition and independent forces.

The 82 signatory organizations urged member states to call for swift, independent, impartial and effective investigations into allegations of torture and other ill-treatment committed by the Algerian authorities.

These NGOs also “asked the States to adopt a more assertive public position in order to protect Algerians and their rights to free expression, association and peaceful assembly.”

According to press reports, the signatories have joined to their letter a note containing more detailed information on the evolution of the human rights situation in Algeria between March and May 2021.

The 47th session is held from June 21 to July 13, 2021. The Human Rights Council is an intergovernmental body of the United Nations system, made up of 47 States which are responsible for strengthening the promotion and protection of human rights across the world.

North Africa Post's news desk is composed of journalists and editors, who are constantly working to provide new and accurate stories to NAP readers.
NEWER POSTRemittances by Moroccans abroad account for 20% of Morocco’s total forex reserves
OLDER POSTTunisian Premier brushes aside calls to step down