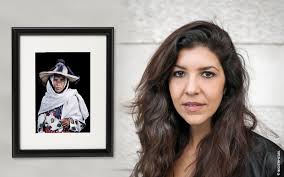 Morocco has vehemently condemned the terrorist attacks that targeted the capital city of Burkina Faso, Ouagadougou, as a blow to peace and stability in this sisterly country and as a blow to the efforts being made to establish democracy.

At least 30 people of some 20 nationalities have been killed in the attacks staged at a hotel and a cafe downtown Ouagadougou last Friday.

Leila Alaoui, a young woman in her thirties holding a double Moroccan-French citizenship, is among the victims.

Leila Alaoui, an artist-photographer who was on an Amnesty International mission in the African country succumbed to her serious injuries on Monday before she could be evacuated to France or Morocco. Leila Alaoui’s corpse will be repatriated to Morocco as soon as all the administrative procedures are completed.
Following the attack, King Mohammed VI sent a message of condolences to Burkina Faso’s President Roch Marc Christian Kabore, expressing firm condemnation of what he described as “a cowardly terrorist attack.”

The King who offered his deepest condolences to the families of those killed and injured voiced Morocco’s full solidarity and support to Burkina Faso and pointed out that this criminal act aims at undermining the stability and security of this sisterly country and of the whole Sahel-Sahara region.

In a separate statement, the Moroccan Ministry of Foreign Affairs also denounced the odious criminal acts, renewing Morocco’s solidarity with the people and the Government of Burkina Faso and urging the international community to show more commitment in the fight against terrorism.

An al-Qaida affiliate known as AQIM, or al-Qaida in the Islamic Maghreb, claimed responsibility for the attacks, saying it was “revenge against France and the disbelieving West”, according to the SITE Intelligence Group.

The attackers were members of the Al-Murabitoun group based in Mali and headed by Algerian Mokhtar Belmokhtar, SITE said.

Three jihadis, including an Arab and two black Africans, were killed in the assault on the Splendid hotel and the nearby cafe while a fourth extremist was killed at the Yibi hotel during a search by troops in nearby buildings. According to press reports, two of the attackers were identified as women.