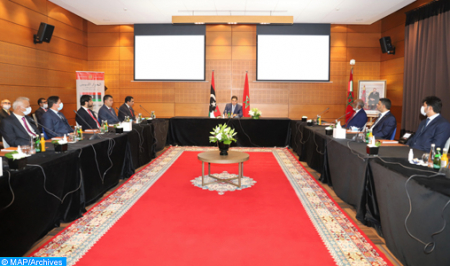 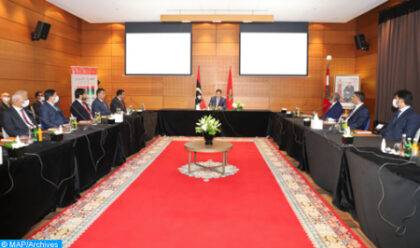 Morocco’s Foreign Minister Nasser Bourita held talks with his Egyptian peer Sameh Shokry on the situation in Libya and the latest efforts to push for a political solution.

This came as Morocco hosts talks in Bouznika, bringing together representatives of the Tobrouk-based Libyan parliament and the Libyan High Council of state, with the first representing the east and the latter the West.

The Egyptian foreign ministry said in a statement talks with Bourita reflected “mutual concern to coordinate and devote joint efforts in order to back efforts to reach a political solution in Libya.”

The statement cited Shokry expressing his appreciation to Bourita for keeping up coordination and briefing Egypt on the latest efforts undertaken by Morocco in that regards.

The talks were an opportunity for Egypt to voice its support for a consensual political solution that safeguards Libya’s unity and sovereignty in line with the aspirations of the Libyan people to peace and stability.

The two ministers also examined the current efforts to uphold the ceasefire and the progress towards a comprehensive solution.

Representative of the Libyan high Council of State said today at a press conference that the talks are making progress and that the focus has been on key regulatory institutions.

Sahel group, CEN-SAD, for its part welcomed Morocco’s role in facilitating the Libyan dialogue and urged Libyan parties to grab this opportunity to make progress towards peace.

The CEN-SAD, which expressed full support for the Bouznika process, called on the entire international community to strongly support this process, and vowed to accompany and support the Libyan parties in the implementation of the decisions they will make.