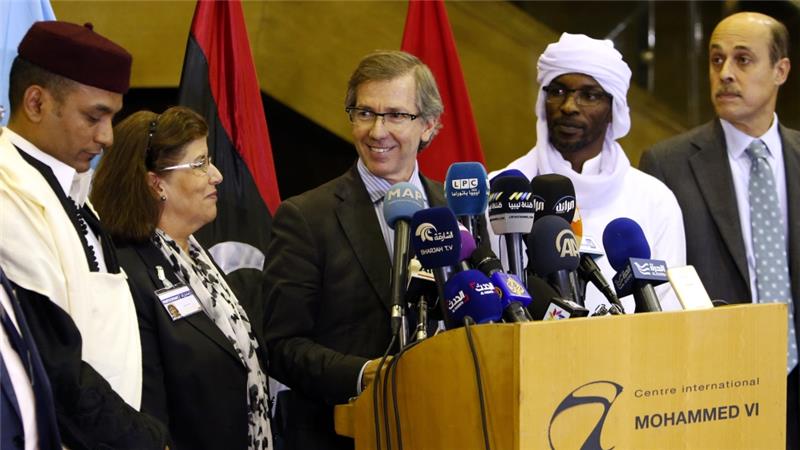 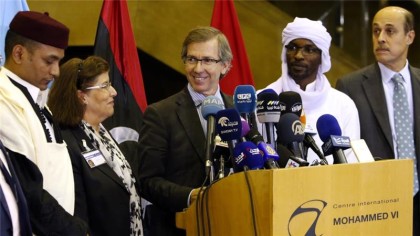 The announcement of an agreement between the two rival Libyan governments continues to be applauded by the international community and organizations for it increases the hopes that war is nearing its end.

Fayez el-Sarraj would head the transitional government with the help of three deputy prime ministers representing the western, eastern and southern regions.

The agreement needs to be approved by the parliaments in Tripoli and Tobruk but some of the parliamentary members have already rejected the deal. The BBC quoted Abdulsalam Bilashahir of the Tripoli-based General National Congress stressing that “we are not a part of this (proposed) government. It means nothing to us and we were not consulted” while Ibrahim Alzaghiat of the House of Representatives in Tobruk warned that the U.N Special Envoy Bernardino Leon was “unwise” in his choice because “this proposed government will lead to the division of Libya and will turn it into a joke.”

Countries that have backed the uprising against the Gadhafi regime have declared their support to the proposed agreement and the transitional government as they urged the rival parliaments to approve it. U.N Security Council stated that it was “prepared to sanction those who threaten Libya’s peace, stability and security or that undermine the successful completion of its political transition.”

Leon believes that after more than a year of consultations with personalities from all regions within and outside the dialogue, the “quite reasonably good list of names, politicians, personalities” proposed for the transitional government “can work” and “take their country out of this crisis.”

Abubakr Buera, a member of the Tobruk delegation, in an open letter accused Leon of adding “irregularities” to reach an agreement “in any form” at Libya’s expense.

North Africa Post's news desk is composed of journalists and editors, who are constantly working to provide new and accurate stories to NAP readers.
NEWER POSTAlgeria: “Family succession to power, not possible in Algeria”, former PM
OLDER POSTEgypt seeks to get $1.5bn loans before 2016