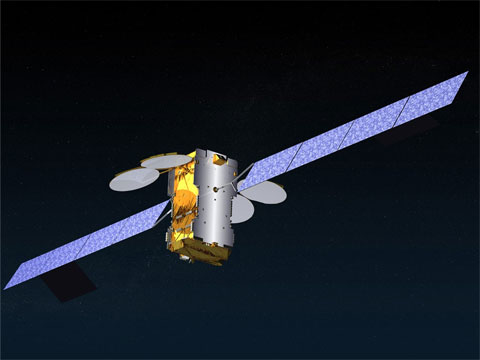 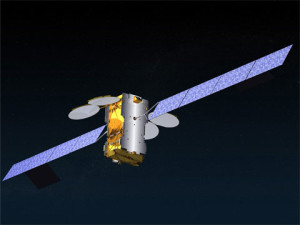 Libya’s leading internet service provider, Rawafed Libya, has concluded a wholesale multi-year agreement with Eutelsat Communications on the KA-SAT satellite, to upgrade its services to another level. The agreement will enable it to have a 1.6Gbit/s capacity on two KA-SAT spot beams, which will be used to provide the best available services to its new wireless broadband network in areas like Tripoli, Benghazi and surrounding regions.
CEO Taha Ellafi said the KA-SAT coupled with the flexibility of the commercial and operational proposals offered by Eutelsat “rapidly emerged as the best fit for our stringent requirements.” He added that studies have been made to set up Wi-Fi hot spots in areas covered by the satellite’s spot beams. This means that places where there are no existing internet service infrastructures, Wi-Fi hot spots will be established and transmissions will be done through the KA-SAT to provide internet connection.
Michel de Rosen, Eutelsat’s CEO said the deal will equip Rawafed Libya with the potential “to design, manage and scale up its own network” with their platform. KA-SAT will provide a back-up solution in areas where infrastructure exists and CEO Rosen shared his delight about the new relationship with Rawafed Libya. When the agreement becomes active, it is expected to reduce the stress involved in getting connected to the company’s wireless broadband in densely populated areas. Public agencies and private users will also benefit from a faster access to the network.
Rawafed Libya has bigger plan according to CEO Taha Ellafi. He said that they “need to grow” their network and develop their co-operation with Eutelsat in the region after being “equipped with a solution that enables us to immediately accelerate wireless broadband deployment.”