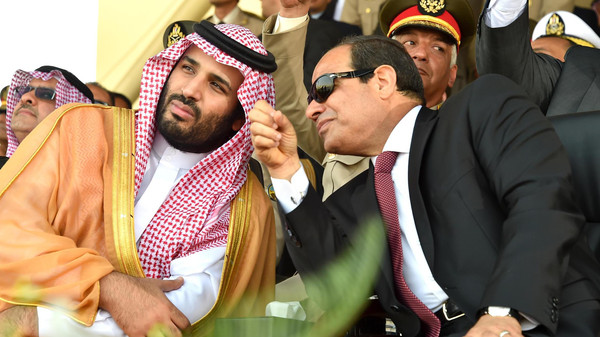 Riyadh, Cairo to increase their cooperation and deepen their foothold in the region 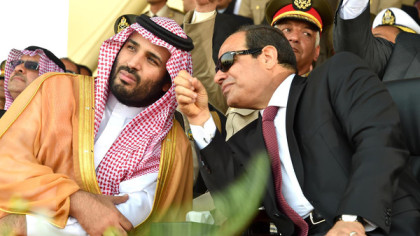 Egypt and Saudi Arabia demonstrated Thursday their shared determination to close cooperation in the fight against terrorism and the quest for stability in the Middle East region.

Both leaders re-iterated resolve to strengthen their cooperation to address the growing threat of terrorism in the region.

President al-Sissi told reporters that Egypt and Saudi Arabia are vital for the security in the Arab region.

Al-Sissi also hailed the presence of the Saudi deputy Crown Prince and indicated that it sent a strong message of cooperation to the people of the two nations.

“You will not see us but together,” state-owned paper al-Ahram quoted al-Sissi as saying.

Meanwhile the two countries have also re-stated their close collaboration in the red Sea and agreed to establish their maritime boundaries in the Red Sea according to the Egyptian presidency.

Saudi Arabia and Egypt have taken the lead in forming a joint Pan-Arab force which will be headquartered in Cairo but sponsored by Saudi Arabia and headed by a Saudi army commander.

Riyadh has hailed al-Sissi’s crackdown campaign against the Islamist movement group IS.