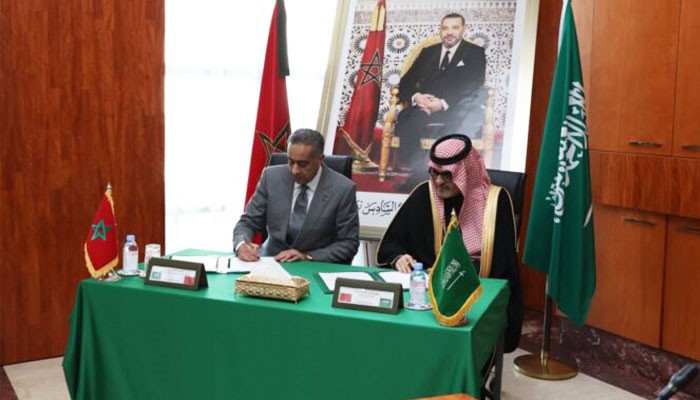 Morocco and Saudi Arabi have signed Tuesday in Rabat a cooperation agreement providing for further cooperation in matters of combating terrorism and its financing.

The agreement was signed between Morocco’s National Security and Territory Surveillance (DGST), and Saudi Arabia’s State Security agency after talks between the Director General of National Security and Territory Surveillance, Abdellatif Hammouchi, and Vice President of Saudi Arabia’s State Security, Abdullah Fahad Salih Al-Owais, who is on a working visit to Morocco at the head of a large security delegation.

The agreement covers the organization and development of cooperation and security coordination in various areas related to the fight against terrorism and terrorist financing operations, the DGST) said in a statement.

The DGST and the Saudi State Security aspire to develop their security and intelligence relations, coordinate efforts to fight terrorism and extremism, in order to deprive terrorist organizations of any rear base, recruitment grounds and financial resources, said the statement.

The Saudi delegation’s visit reflects the strength and depth of cooperation relations in intelligence and security coordination between the DGST and the Presidency of the Saudi State Security, illustrates both parties’ shared desire to consolidate their cooperation in the service of security and safety of their citizens.

North Africa Post's news desk is composed of journalists and editors, who are constantly working to provide new and accurate stories to NAP readers.
NEWER POSTSpain’s PM: “It is in the interest of EU to maintain good relations with Rabat”
OLDER POSTAfrican Philanthropist of the Year strives to empower women, reduce gender gap