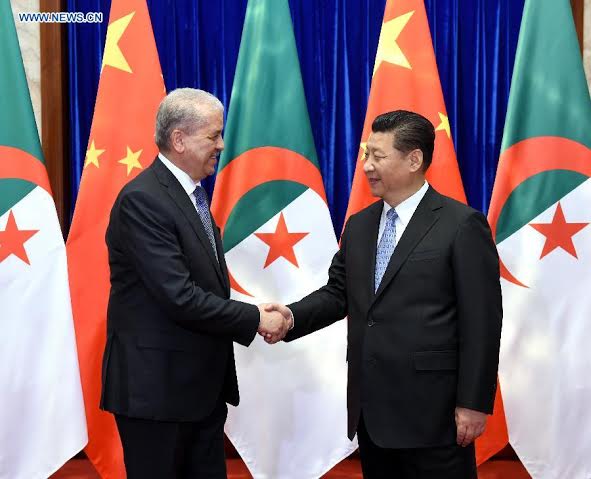 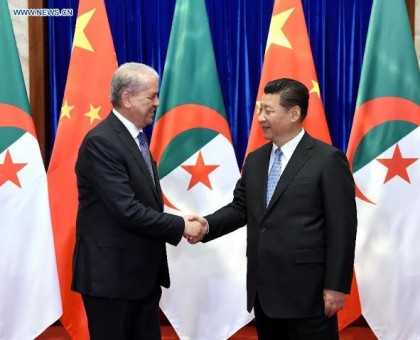 Prime Minister Abdelmalek Sellal’s said his four-day official visit to China has ended with “satisfactory” results with feelings that it will lead to a “new impetus” in the ties between the two countries especially in the economic sector. Algeria wants to diversify its economy and is hoping that it could learn from the Chinese experience as it sets its eyes on a 7% growth rate by 2019 under its ambitious National Five-year Plan 2015-2019.

Algeria and China signed a Declaration of Comprehensive Strategic Partnership in 2014 and it will be supported by the five-year comprehensive strategic cooperation plan for 2014-2018. During the visit, two contracts and more than a dozen Memorandums of Understanding were signed in industrial engineering, mining, agriculture and tourism.

Speaking at the Algerian-Chinese economic forum, Sellal urged Chinese investors “to become more involved in the execution of structural programs and projects, likely to imparting the necessary durability to a mutually beneficial partnership.” He said Algeria wants to raise its economic ties with China to a level of excellence. Chinese companies already active in building and trade activities have been invited to complete major projects, while establishing productive investments.

Algeria’s economy is heavily dependent on hydrocarbons and in the past few years, the government has been determined to further diversify it. Sellal admitted that the visit “primarily focused on the economic aspects to guide our cooperation towards targeted areas of (Algerian) economic policy meant to diversify the economy by strengthening investments in non-oil sectors.”

Chinese investors are expected to be focused on the industrial and agricultural sector. Sellal said upcoming partnership projects should be a “win-win” for parties and will also help to support national development.