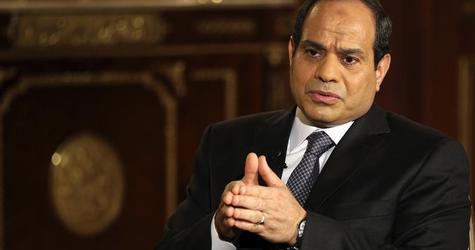 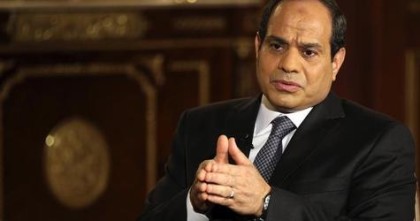 President Abdel Fattah Al-Sisi spoke to the leaders of Saudi Arabia, Kuwait, Bahrain and the United Arab Emirates (UAE) to assure them of his goodwill following the airing of a tape allegedly involving him, his former head of office Abbas Kamel and Egyptian Armed Forces Chief of Staff Mahmoud Hegazy. The tape seems to be recorded before the announcement of Sisi as a presidential candidate and was centered on how to acquire funds from rich Gulf States.

The presidential office said Sisi discussed with the Saudi Arabian King Salman Bin Abdulaziz Al-Saoud about the “malicious attempts aimed at undermining the stability of the region and unity of the Arab nation”. The Egyptian president also thanked Abu Dhabi’s Crown Prince Sheikh Mohamed bin Zayed and King Hamad bin Eissa Al-Khalifa of Bahrain for their support since the ousting of Mohammed Morsi on June 30 while he expressed his gratitude to Emir Sheikh Sabah Al-Ahmad of Kuwait for helping to revive the Egyptian economy.

The alleged tape aired by Turkish based Mekameleen channel had voices saying “the Emirs have hundreds of billions, let’s take some from the UAE or from Kuwait, let’s focus on mutual benefits rather than Arab unity and all that…” Mekameleen is considered as a pro-Muslim Brotherhood television channel and the authenticity of the tape cannot be verified. Sisi’s government receives a lot of support from Gulf States.

Prime Minister Ibrahim Mehleb claimed that the tape was “fabricated” by the Muslim brotherhood to tarnish the image of the president. He said Egyptians will not believe what was being said in the alleged recorded tape. The Muslim Brotherhood is a banned political party in Egypt and classified as a terrorist organization.