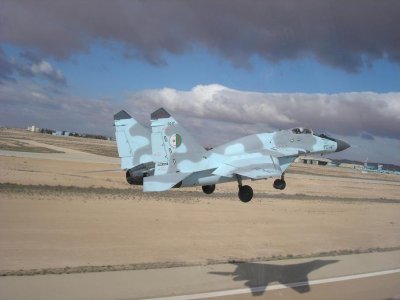 An Algerian diplomat has revealed that Algeria declined to join the US led campaign military campaign against the Islamic State of Iraq and Levant (ISIL) after requests from France and the United States. According to the diplomatic source who wants to remain anonymous, Algeria was asked to send two squadrons of warplanes to join the campaign last November but authorities replied that logistical and technical incompatibilities coupled with unfamiliar terrain will hamper their participation.

Algeria’s warplanes were ordered from Russia and those which are being used in the airstrike campaigns against ISIL are from the West. Therefore authorities claimed that their participation was “logistically impossible.” The North African country is also facing terrorist threat from extremist groups stationed in the southern part of the country and along the mountainous border with Tunisia.

The source added that authorities also forwarded the lack of experience in the Middle East as a reason not to participate in the campaign. “What’s more, Algerian Air Force pilots aren’t used to carrying out airstrikes in the region,” he said. None of the North African countries have publicly admitted sending troops or squadrons to help in the fight against ISIL although the group’s atrocities have been strongly condemned.

Even if Algerian authorities were willing to militarily participate in the campaign, the source hinted that it will be unconstitutional. The constitution prohibits the Algerian army from joining any military action oversea or serving under foreign commands.

The Algerian government has not reacted to the claims.

One of the major incidents of the airstrike campaign against the Islamic State is the burning alive of the captured Jordanian pilot by the extremist group.